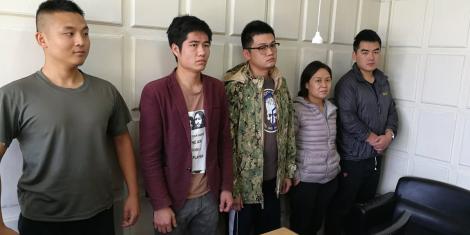 A team of detectives consisting of DCI and immigration officers have arrested 5 Chinese nationals (4 men and one woman) and recovered an assortment of military equipment and uniforms after raiding their residence in Lavington, Nairobi.

Director of Immigration Services, Alexander Muteshi, said that the officers swiftly acted on a tip-off from patriotic Kenyans who were concerned about suspicious activities to and from House No. 32, Njumbi Creek Villas situated along Njumbi Road, opposite Lavington Mall.

Some of the items confiscated include, several pairs of military boots and security uniforms, walkie-talkies, tear gas canisters, one pair of US army uniform, smoke detectors, and laptops among others. 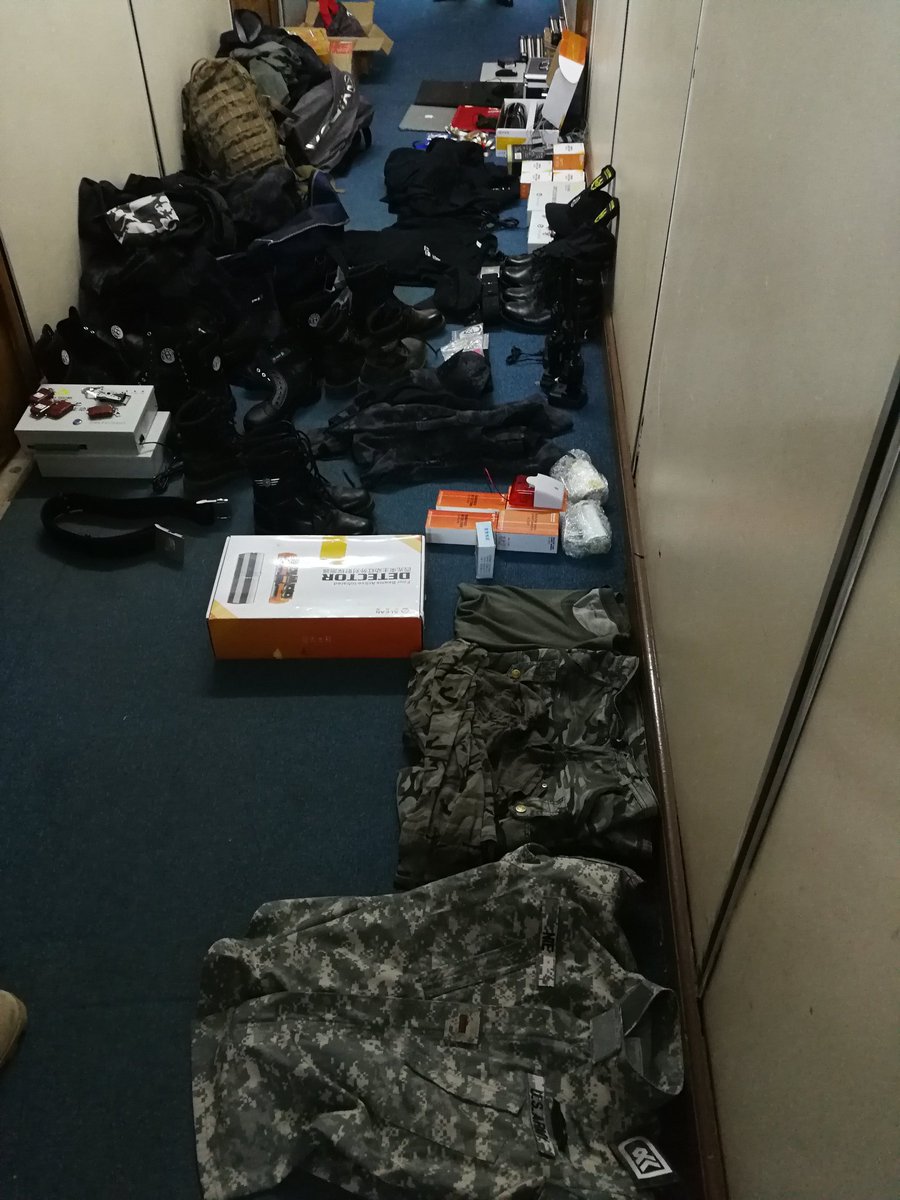 The five, who were identified as: Qu Axia, Li Shenghui, Dong Xiyuan, Zhang Haiyu, and Nie Xiaolin, claimed they were planning to open a security firm but preliminary investigations show that they have no work permits; all of them are in the country on tourist visas.

The Cabinet Secretary for the Ministry of Interior and Coordination of National Government, Dr. Fred Matiang’i, has confirmed that the foreigners have been taken to the DCI Headquarters for further interrogation to ascertain their true intentions with the sensitive material in their possession.

They will remain in police custody until investigations are concluded. He also reiterated that the ongoing crackdown on illegal immigrants will be sustained in the best interest of the country.

PwC: Move by Government to lift custom restrictions a boost to...

Golden Africa to invest Ksh500m in its operations

AFRAA and Ethiopian Airlines Sign a Memorandum of Understanding

Man On The Run For Raping 5 Year Old Girl And...