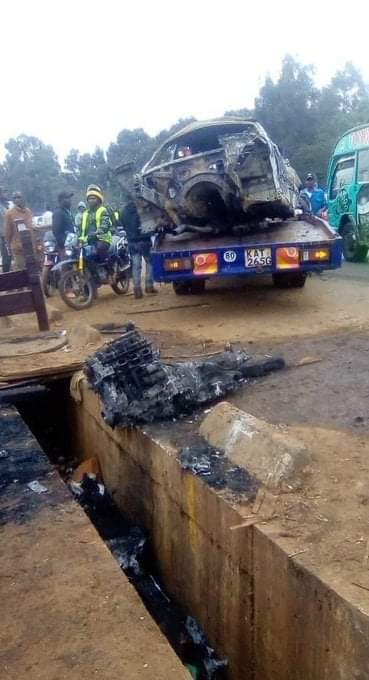 On Sunday late evening, a vehicle suspected to have been over speeding, lost control, crashed into another car, and plunged into roadside furniture businesses in Pathways area of Ngong Road.

Police officers from Karen police station secured the crash site and confirmed 7 people had died, with one girl in critical condition.

Furniture traders who arrived at the scene tried to put out the fire that had blown out following the accident in a bid to rescue their businesses.

They affected businessmen pointed out a rise in accidents pegged on overspeeding motorists and poor road markings.

They called on road authorities to safeguard road users by erecting bumps and clear road signage.

Winning the Battle Against Fake News

Eat’N’Go enters Kenya as it targets 180 stores across Africa by...

Elves Kimutai - April 16, 2021 0
Entry into Kenya increases the company's stores to above 147, in Nigeria and Kenya.Restaurant Group, Eat'N'Go has launched in Kenya after acquisition of the Domino’s Pizza and Cold...