A new report has revealed that 89% of Kenyans are worried about the food situation in the country.

According to a study by the Consumer Grassroots Association (CGA) the level of food safety awareness as well as perceptions about sanitation in markets and hygiene standards during food transportation and preparation are the key issues that the consumers are grappling with.

According to the study that was conducted in Kirinyaga, Kajiado and Nairobi counties Kenyans are concerned about the safety of food they are consuming. 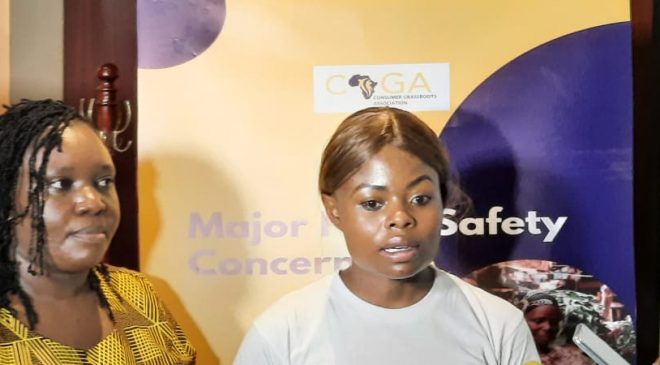 A significant portion of horticultural produce targeting consumers in Nairobi is produced in Kirinyaga and Kajiado. 67% of the respondents felt that their sources of food such as major and local supermarkets, open-air markets, direct from farmers and mama mbogas did not guarantee food safety.

“As a national consumer protection organisation, CGA carried out the perception survey to contribute to the local body of knowledge on food safety, a global concern that is increasingly gaining prominence in Kenya,” said Ms. 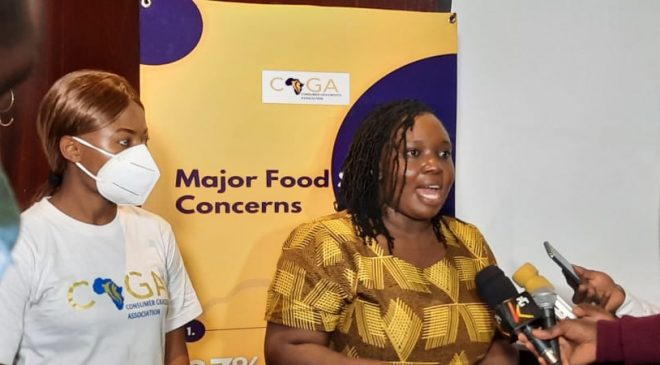 Alice Kemunto, Executive Director, CGA, during the launch of the survey dubbed, Food Safety in Kenya, a consumer perspective. According to the survey, 55% of the respondents were very worried, 33% slightly worried while 12% were not worried about the safety of their food.

The trend was the same in the three counties showing that consumers are concerned about food safety,” explained Ms. Angela Atieno, Food safety Project Officer, CGA, as she unpacked the findings of the survey. Further, 66% of respondents felt food safety is not guaranteed in production and transportation.

Respondents from Kirinyaga county expressed the highest level of confidence at 41% followed by Kajiado at 33% and Nairobi at 28%. The methods consumers use to ensure food safety were similar in all three counties including washing food thoroughly before cooking, ensuring food is properly cooked and buying from trusted suppliers. “It’s important to note that these practices are useful in reducing contamination.

However, food safety should be assured from production as in some instances washing and cooking does not eliminate chemical contamination,” explained Ms. Atieno.

Perceptions of county management of food safety within the three counties was also sought recognizing that food production and marketing issues are largely a devolved county government function. 89% of respondents felt the counties are not doing enough to ensure food safety.

Interestingly, only 9% of respondents were aware of existing or proposed food safety policies and laws.

The survey also sought to find out the level of awareness amongst consumers on one of the most pressing food safety issues – pesticide use.

The survey results showed that most consumers are not aware of the issues with only 36% having received information on human, food safety issues coming out of pesticide use in the past year.

The trend appeared to be the same across the three counties with Kirinyaga leading in awareness. Nairobi had the lowest level of awareness.

The survey also showed that consumers receive information on pesticide use/misuse as well as other food safety issues through multiple channels.

Key interventions proposed in the study included public education and awareness creation, implementation, enforcement and regular monitoring of laws and policies regarding food safety as well as development of reporting mechanisms.

Over 128,500 confirmed COVID19 cases on the African continent

Basketball now a tool of inspiration to the youths

How Uganda is embracing mobile transactions during the pandemic