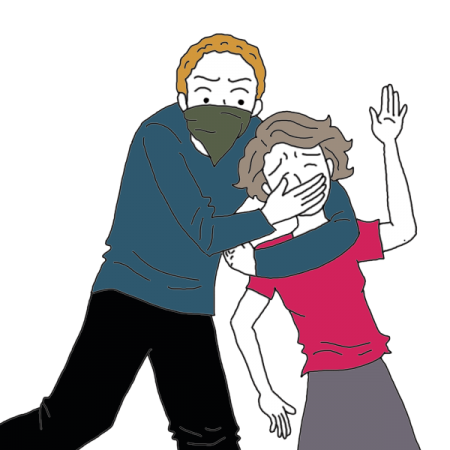 When lawyer Willie Kimani, his driver and client were kidnapped and brutally killed by police officers, to many it was just another case of extra-judicial killing.

But recent kidnapping statistics involving police, criminals, family members and friends could just confirm that this and other cases are the genesis of a worrying trend.

And now, kidnapping has been listed as the leading emerging security threat in the country, in a recent launched report by the National Crime Research Centre.

Majority of perpetrators are youths according to the report that covered 20 counties in what has been attributed to high unemployment in the largest group of the country’s population.

“The rising kidnapping incidents in Kenya have raised serious security concerns among citizens in general and security agents in particular,” states the report.

Revenge is the main socio-cultural motive for kidnappings while ransom payment is a major financial reason while reducing political rivalry is the main political motive.

“The factors encouraging kidnapping in Kenya include unemployment especially among the youth, high incidence of poverty, existence of gangs and militia, retrogressive cultural practices, instability and conflicts in some regions, corruption among members of the security system, political competition and rivalry,” the report points out.

Other causes include proliferation of illegal small arms and light weapons and competition for control of resources.

Most of the victims are kidnapped by strangers at 89 pc, 79.9 pc by acquaintances, 72 pc by organized criminal and street gangs while 61.9 percent of those interviewed are victims of relationships gone sour.

Of great concern, the report which was presented by the National Crime Research Centre Principal Researcher Vincent Opondo reveals, is that 38.8 per cent of Kenyans were kidnapped by security agents.

Kidnapping committed by an acquaintance is highest in Kirinyaga County at 89.5 pc followed by Murang’a at 88.3 pc, in the report that saw 1,326 respondents interviewed in 20 counties among them Nairobi, Nyeri, Mandera, Kisii and Siaya.

Kidnappers, the report states, are mainly youths aged between 18 -35 years, majority being male.

The research focused on the prevalence of kidnapping, main motives and factors encouraging the vice.

Other factors include mode used in executing the vice, main victims, role of the community in kidnappings, challenges in fighting it and possible solutions.

“The community has participated in the increasing cases of kidnappings in Kenya in many ways. These include inadequate collaboration with security organs, lack of community cohesion and don’t care attitude, poor upbringing of children, engaging in retrogressive cultural practices, apathy of community members towards crime and inadequate sensitization of children on kidnappings,” the detailed report indicates.

Members of the public, the report recommends, should embrace community policing and awareness creation on kidnapping if the vice is to be eliminated.

Other recommendations include vetting of police officers and removal of the corrupt ones from the service.

“There is an ardent need to create a database of ex-public and private security officers and to undertake monitoring of their activities by the Nation Intelligence Service, Directorate of Criminal Investigations and Kenya Private Security Association in case some may be tempted to get crime after exiting service,” the report suggests.

The Communications Authority of Kenya together will all mobile phone service providers have also been urged to work closely to ensure a 100 per cent compliance on registration of all mobile phone SIM cards to facilitate easy detection, apprehension and prosecution of kidnappers and their accomplices.

The government has also been asked to ensure witnesses, informants and whistle blowers are protected under the Witness Protection Agency’s framework to encourage more people to come out and provide intelligence leads to detectives.

WHY POWER-SHARING IS SETTING A WRONG POLITICAL PRECEDENCE

INVESTMENT IN E-COMMERCE SPACE PROMOTES GROWTH OF SMEs IN KENYA

OPINION: Energy Efficiency Will Decide Whether We Meet Our Global Climate...

OPINION: How Restaurants and Bars can adapt to the New Normal

Elves Kimutai - September 7, 2020 0
As factories close their doors and border closures and travel restrictions interrupt supply chains, the workers have been left to feel the worst effects. The...

One year more for general in the office

DIB Bank in a 4.3 b expansion strategy into the Kenyan market

Newspaper is your news, entertainment, music fashion website. We provide you with the latest breaking news and videos straight from the entertainment industry.