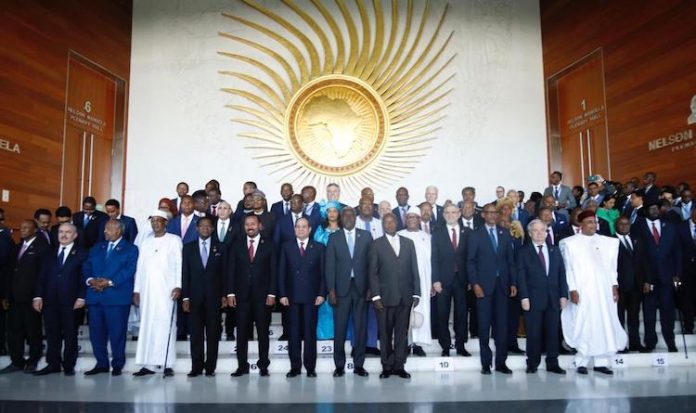 The African Union has announced the launch of a partnership to manufacture vaccines at five research centres to be built on the continent within the next 15 years.

Africa sits on the “sidelines” of the vaccination drive against Covid-19, with only two percent of the world total to have received jabs, according to the World Health Organization (WHO), citing supply, funding and personnel shortfalls.

However, the AU and the Coalition for Epidemic Preparedness Innovations (CEPI) plan to change all that.

CEPI, which helps run the global Covax vaccine-sharing program with the public-private alliance Gavi and the WHO, signed up to boost African vaccine research and development as well as manufacturing

The five centres will be located in the north, south, east, west and centre of Africa over the next 10-15 years, said John Nkengasong, director of the Africa Centres for Disease Control and Prevention (CDC), an AU agency.

The target is to produce locally within 20 years 60 percent of all vaccines used on the continent, compared with one percent today.

“We are aware that it is a challenge,” said Nkengasong after a two-day virtual meeting.

However, he said, “If Africa does not plan to address its vaccine security needs today, then we are absolutely setting ourselves for failure.”

Richard Hatchett, chief executive of CEPI, a public-private partnership set up to try to stop future epidemics, added: “Together we can strengthen Africa’s capacity to prevent, detect and respond to emerging and re-emerging infectious threats.

“By building regional resilience and strengthening health security on the continent we can mitigate the disproportionate health and economic impacts that epidemic infectious diseases can have on populations in low and middle-income countries.”

The Africa Export-Import Bank and the Africa Finance Corporation also signed the memorandum of understanding on Tuesday.

Tshisekedi called on the African diaspora worldwide “to help strengthen the medicine and vaccine production capacities in Africa”.

The project “will not just fight against Covid-19 but see the establishment of vaccine production for known illnesses and prepare for future epidemics and pandemics,” said the president of the Democratic Republic of Congo.

Africa has so far been the least affected region by the pandemic, with 4.3 million cases recorded, including 114,000 deaths in an overall population of 1.2 billion, according to WHO figures.

Waruguru dares Itumbi to table evidence she was arrested

HOSPITALITY HAS THE POTENTIAL TO CREATE SIGNIFICANT ECONOMIC GROWTH IN KENYA...

UNITLIFE and Ecobank Foundation to prevent chronic malnutrition amongst children in...

MoH get massive boost in Fight against Covid-19

Jacktone Lawi - October 8, 2019 0
The English Premier League (EPL) spelt out doom for most punters this weekend after Man City suffered a surprise defeat at Etihad to Wolves,...

Google unveils the future of Search with new updates