If you are among the 35 percent of Kenya adults who are not getting the recommended seven hours of sleep each night, a silent intruder in your bedroom could be to blame: air pollution.

With well-known adverse effects on your heart and lung health, study looked closely at the effects of two widespread pollutants, nitrogen dioxide (NO2), which is traffic-related air pollution, and PM2.5, or fine-particle pollution, which is less than 2.5 micrometers in size which is responsible for reduced visibility. Both of the pollutants had an influence on study participants’ sleep efficiency, which is a measure of the time spent actually sleeping as opposed to lying on bed awake. 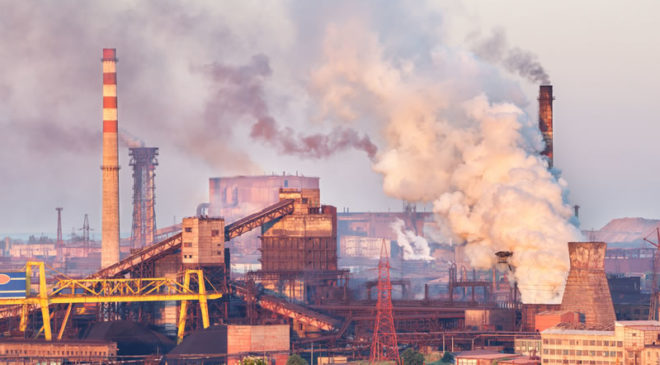 In fact, the people in the top quarter of NO2 exposure were 60 percent more likely to have low sleep efficiency over a five-year period compared to those in the lowest quarter. Among those exposed to the highest levels of fine-particle pollution, there was a 50 percent increased likelihood of low sleep efficiency.

The researchers suggested high air pollution levels may also lead to acute sleep effects after short-term exposures, but they did not have adequate data to study the potential connection.

“We thought an effect was likely given that air pollution causes upper airway irritation, swelling and congestion, and may also affect the central nervous system and brain areas that control breathing patterns and sleep. These new findings indicate the possibility that commonly experienced levels of air pollution not only affect heart and lung disease, but also sleep quality. Improving air quality may be one way to enhance sleep health and perhaps reduce health disparities,” scholars findings.

Past research has also added credence that environmental factors may significantly influence the quality of your shut-eye. In 2015, for instance, researchers investigated the link between black carbon a marker of traffic-related air pollution, and sleep that showed long-term exposure to black carbon may be associated with shorter sleep duration, especially in men.

Among children, meanwhile, exposure to particulate matter with an aerodynamic diameter of less than 10 μm (PM10) was associated with sleep disturbances, as was exposure to another form of air pollution; secondhand smoke. In the latter case, children with asthma who were regularly exposed to tobacco smoke at home were more likely to suffer from sleep problems, including longer delays in falling asleep, sleep-disordered breathing, daytime sleepiness and overall sleep disturbance.

It is well-known that interrupted or impaired sleep may contribute to a pre-diabetic, insulin-resistant state, making you feel hungry even if you have already eaten, which can lead to weight gain. What is less known is that you do not have to be a chronic insomniac for the lack of sleep to affect your waistline. In research outlined at the 2017 European Congress of Endocrinology in Lisbon, it was found that disrupted sleep patterns, even for one night, may increase your appetite and slow your metabolism.

Furthermore, after poor sleep, blood sugar levels rise similar to levels of stress hormones and ghrelin, the “hunger hormone” that might work in your brain to make you keep eating “pleasurable” foods when you are already full. Other experiments by the research team found sleep disturbance reduced insulin sensitivity and altered gut bacteria, the latter of which is also important for healthy metabolism. In short, skimping on sleep sets up the perfect storm for metabolic disturbance and weight gain.

In addition, if you are struggling with a chronic disease, poor sleep may make it harder to control and increase your risk of serious complications; even premature death. Among people with metabolic syndrome, for instance, those who got more than six hours of sleep per night were 1.5 times more likely to die of stroke during the 16-year study period compared to 2.1 times as likely for those who slept for under six hours.

Among people with metabolic syndrome who slept for six hours or less, the risk of death from any cause was also nearly twice as high as it was among people without the condition. “Short sleep in individuals with MetS [metabolic syndrome] may be linked to greater central autonomic and metabolic dysfunction,” the researchers added, suggesting that future trials should look at whether getting more sleep improves outcomes in people with the disease.

Other concerning changes, including an increase in blood pressure, heart rate and thyroid hormones, which is indicative of a stress response.

The featured study looked at the role of outdoor air pollution and sleep, but there is a good reason to believe that in creating your bedroom sleep sanctuary, attention to proper indoor air quality should also be given plus, while you cannot control the air quality outside of your home, you can control to some extent the quality of the air inside it. Filtering your home’s air is a good start.

Commercially purchased air filters may change measurements of health, include lowering the amount of C-reactive protein and other measurements of inflammation and blood vessel function. Not all filters work with the same efficiency to remove pollutants from your home, and no one filter can remove all pollutants, so be sure to do your research on the different types of air filters to meet your specific needs. Another option is to add houseplants, which help to absorb indoor air pollution.

Likewise, one of the simplest and easiest ways to reduce the pollution count in your home is to open the windows and let a little fresh air in; assuming the outdoor air is not overly polluted. Because most homes have little air leakage, opening the windows for as little as 15 minutes every day can improve the quality of the air you are breathing. You may also want to consider cracking the window at night while you sleep.

Installing an attic fan is another way of bringing fresh air into your home and reducing your air conditioning costs.

2 Thoughts to “Air Pollution Is Linked to meagre Siesta”