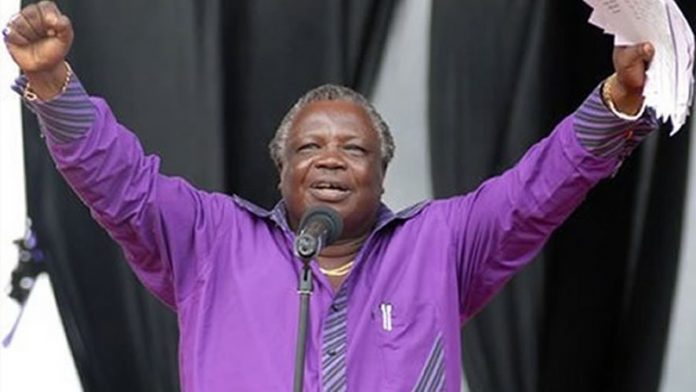 The Central Organization of Trade Unions (COTU) has re-elected the incumbent Francis Atwoli as the Secretary-General for a fifth term.

His reelection means Atwoli will serve for the next five-years holding the office five terms in a row.

He was previously re-elected for a five year term that was supposed to end on May 26 2021.

Atwoli who took over from Joy Mugalla has served the Union since 2001.

The 71 year old took to his twitter handle on Friday morning to thank Kenyans for giving him the opportunity to serve them for another five years.

“I want to thank all Kenyan workers for re-electing me unopposed, through their registered trade union representatives, as the Secretary General of COTU-Kenya. I promise to service you with all my mighty and strength, and not betray the trust you have bestowed in me.”Atwoli said

The unionist claims his hard work is the reason why he was re-elected unopposed.

Atwoli recently condemned the Energy and Petroleum Regulatory Authority (EPRA) for its decision to adjust prices upwards for petroleum products by an all-time high and called on the government to reverse the fuel price hike threatening that workers would protest and take to the streets over the same.

A number of Kenyans think that Atwoli has been indulging into politics and has been swayed away from his work by political turbulences.

Kenya National Union of Nurses secretary general Seth Panyako and a host of trade unions had on a previous event accused Atwoli of using unorthodox means to elbow rivals from the race and get a smooth ride back to the office.

Panyako who was interested in the union’s top seat had come forward to challenge the long-serving COTU secretary general.

He was for the idea that COTU elections should be cancelled and held after Atwoli’s current term was complete on May 26 2021.

Delays in Processing Construction Permits is Hurting the Economy

Hairhub: state of the art solutions focused on patient’s satisfaction