After the eviction of Nelson and Thelma from the Big Brother Naija “Pepper dem” house in what has been an epic voting week. Tension is high in the house.

This week the Nomination session took place on Monday night where Tacha, Mike, Jeff and Omashola were announced as the housemates up for possible eviction. According to Ebuka Obi-Uchendu, the show’s host, at least one of them will leave the house at the next Live Eviction Show on Sunday, August 4. 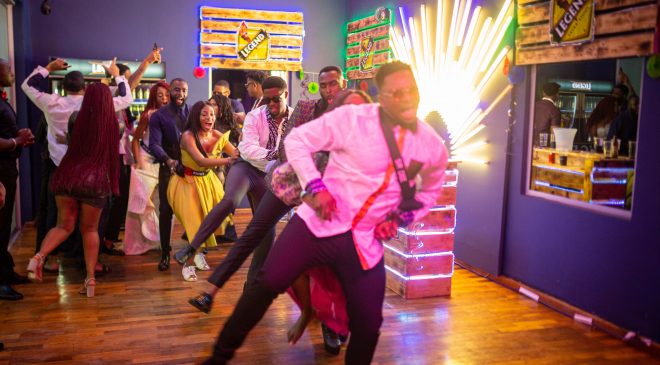 Earlier in the day, Frodd emerged winner of the Head of House challenge and was automatically exempted from nomination.

Sadly, there was no Veto Power holder to save or replace a nominated housemate, as Big Brother canceled the privilege following the housemates’ failure to impress him during the challenge on Sunday night.

Will Tacha and Mike once again survive another round of eviction? Or will nomination newcomers, Jeff and Omashola, rake in enough votes to stay in the game? The housemates will have to wait till Eviction day to find out.

Voting for this week is officially open! Fans can now vote for their favorite housemate to stay in the Big Brother Naija house via SMS by texting VOTE and the NAME of the HOUSEMATE to 32052 (SMS costs N30 for Nigeria only and available on the participating networks – Airtel, MTN and 9Mobile).

Fans can also VOTE FOR FREE on the website and mobile site – africamagic.tv/bigbrother. With the MyDStv & MyGOtv Apps, fans can get an additional 100 VOTES for their preferred housemate. Download the MyDStv or MyGOtv app today on the iOS or Android mobile app store. Voting on the MyDStv and MyGOtv apps are open only to subscribers in Nigeria.

The drama continues LIVE and 24/7 on all DStv packages on channel 198 and on GOtv Max and GOtv Plus packages only on GOtv channel 29/Ghana 129/Uganda 329.