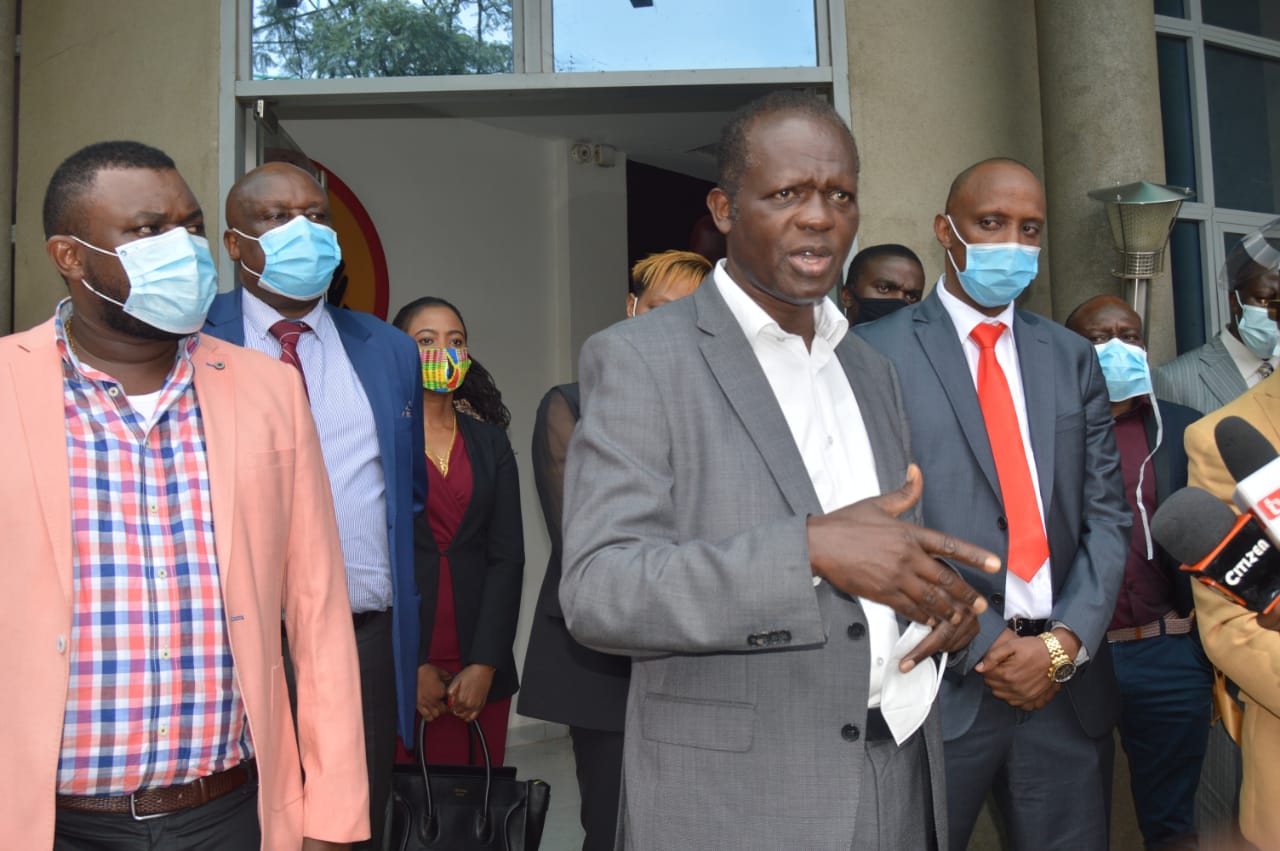 Nairobi County Assembly speaker Beatrice Elachi has been ordered to immediately effect the Jubilee Party leadership changes in the assembly.

Party Secretary General Raphael Tuju has warned that the speaker is disrespecting the party and flouting the law by refusing to effect the proposed changes.

The party has proposed that Abdi Guyo who is the Matopeni Ward MCA retains his seat as the Majority leader from Charles Thuo of Dandora.

Other changes include that of Paul Kados of Mihango Ward taking over as the chief whip and Waithera Chege who has formerly served as the whip to deputise Kados.

” We call on her to accept and respect the party by effecting the changes and allow the assembly to go with it’s business,” Tuju told journalists at the Jubilee party headquarters.

He clarified that last year’s decision to remove Guyo was temporary and subject to party consultations and that the move to return him is in the best interest of the party.

Interestingly,Guyo faces suspension for allegedly skipping 11 consecutive assembly sittings.This is after the Powers and Privileges Committee recommended that he be suspended.

Guyo however managed to obtain court orders stopping the assembly from adopting the report in time, untill an interparties case is heard on June 15th.

Guyo said that he will continue discharging his duties as the majority leader and rubbished the suspension move.

” I will continue discharging my duties as the majority leader as mandated by the law ,” Guyo said.

Tuju held a five hour meeting with the Jubilee lawmakers at the party headquarters to iron out the standoff but Elachi didn’t attend.

Gender Diversity and the Development of Skilled Aviation Professionals Vital for...

AFRICA CELEBRATES 25 YEARS OF INTERNET WITH LESS THAN 40% CONNECTED TO THE INTERNET.