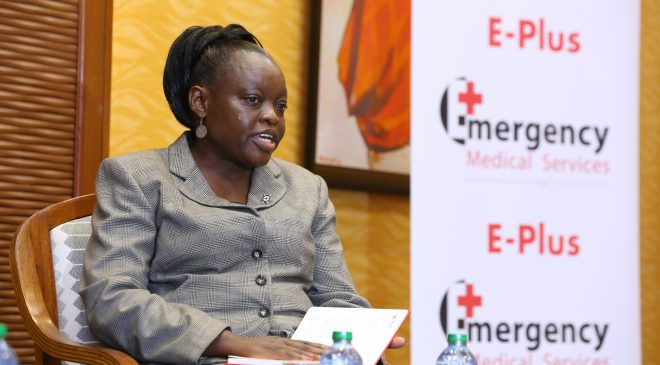 The report titled Annual Trust Barometer ranked businesses as the most trusted institutions in Africa.

Overall, average trust in institutions by the general public fell four points from 2018 to 2019. Interestingly for Kenya, there has been a massive rise in news engagement with Traditional Media the most trusted source of news followed by General Search Engines and Owned Media. Social and Online Media are the least-trusted.

The research shows that Kenyans expect employers to build more trust in their products and services, with companies that produce high quality products and services having the greatest trust. Around 94% of Kenyans believe company decisions reflect the values of the firm.

The research challenges CEOs to take up bigger roles in effecting change with regard to job creation, general economic prosperity of the country, skills training, and fighting discrimination. CEOs are expected to be proactive in responding to industry issues, political events, national crises and employee-driven issues.

Susan Ng’ong’a, Managing Director, E-Plus opened up the discussion by highlighting the idea of establishing E-plus back in 2010. “Nine years ago, Kenya Red Cross Society established emergency medical services company due to trust challenges we faced with our insurance provider. As Red Cross, we thought we were saving lives enough until an emergency happened to one of our senior staff and the insurance could not help at that moment of need”. 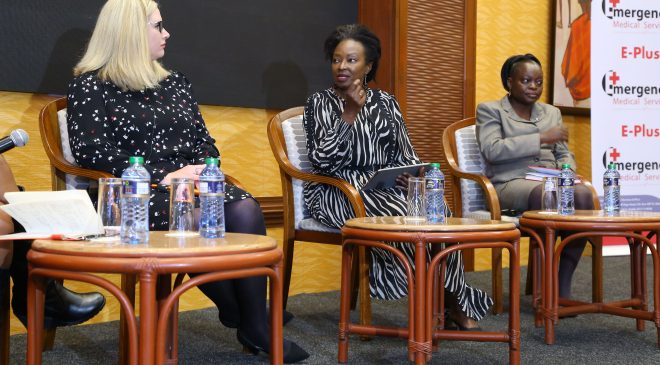 Even more interesting for the Business sector is that 64% of Kenyans believe that companies can take specific actions that both increase profits and improve the economic and social conditions in the communities where it operates.

Among the highlights of this year’s survey is a modest rise in the Global Trust Index for non-governmental organizations (NGOs), Business, Government and Media in all other countries surveyed, except Kenya, where trust in all four institutions decreased reflecting increased pessimism and worry among the general population.

For businesses like E-Plus, trust as a model of business operations is built by incorporating the community, their staff and the government in every step of their operations. This, is a great example of how businesses leverage on transparency and accountability making them the most trusted sector in the 4 sectors surveyed under the Trust for the last 19 years.

Susan Ng’ong’a the Managing Director E-Plus was among the panelist at the discussion following the launch of the report alongside, KEPSA Director and Regional Director Stanford Institute for Innovation in Developing Economies – Seed, Patricia Ithau and Edelman Business Unit Director Karena Crerar. The session was moderated by Gina Din Group Managing Director Lorna Irungu-Macharia.

The research shows that the ecosystem for the employer-employee contract has changed drastically with most employees looking to their CEOs to step up and take a bigger lead in effecting social change. Employers should empower their employees because they are the biggest ambassadors. In this new era with digital access, internal memos are no longer private, they will find their way to WhatsApp and out of your organization.

Speaking at the event, Ms. Ng’ong’a said that for business to thrive, it is important that the mission and values are lived and breathed and not just slogans on a wall.

Communication and implementation of this is no longer seen as a function of a department, but of the business and the CEO of the business needs to take the lead added Ms. Irungu-Macharia in her closing remarks.