The new channel will target women with local programme. They have partnered with over 30 content developers in the country to ensure that the firm is constantly fed with fresh content as it steps up competition in the pay-TV segment. 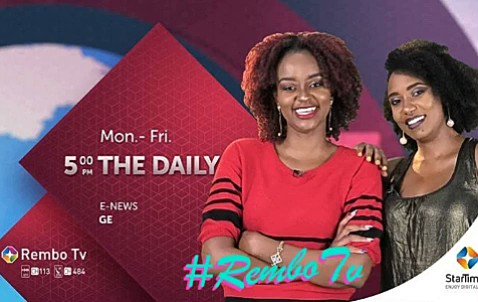 “The company has responded to the growing appeal for authentic Kenyan content that subscribers can easily relate with as it rolls out exciting fresh shows that are expected to sustain the channel’s subscriber appeal moving forward,” Wang said.

Rembo TV will be available on all StarTimes bouquet options both on terrestrial and satellite platforms as the firm eyes listing new subscribers and ensuring retention. The Chinese firm’s latest move comes at a time when pay-tv subscription rates have dropped significantly owing to increased competition. During the event, Communication Authority Director General Mr. Francis Wangusi noted that, “In recent times, there is increased vibrancy in the local broadcasting industry where artists have more platforms to showcase their work. I wish to challenge broadcasters to also focus on niche content such as the Children content towards achieving the 60% local content threshold.

These latest developments follow closely to the recent terrestrial bouquet realignment which resulted to the pay television platform effecting a 50% price drop for its superior Classic bouquet which is now retailing at only Ksh. 749 with the other two bouquets being Basic and Nyota retailing at Ksh. 599 and Ksh. 259 respectively.