Issuance of new liquor licenses in Nairobi has been frozen in a move aimed at allowing Nairobi City County Alcoholic Drinks Control and Licensing Board to review existing liquor outlets.

Regional Commissioner Kangethe Thuku urged the board to control and regulate the number of wines and spirits and bars sprouting near schools and in residential areas.

Speaking during a sensitization workshop for local leaders, administrators and bar owners, Thuku pointed out that National Agency for the Campaign Against Alcohol and Drug Abuse (NACADA) Authority statistics for 2017 indicate Nairobi County is leading in alcohol consumption by 17.5 per cent.

In Kasarani sub county,Thuku said there are 959 liquor outlets against 300 public schools which is worrying trend.

According to the Nairobi City County Alcoholic Drinks Control and Licensing board chairman Kennedy Odhiambo, the previous board had licensed 12,500 bar outlets.

However, only 4593 liquor outlets have renewed their licenses in 2017/18 financial year.

Odhiambo admitted the number of those seeking liquor licences has increased and directed all the 17 sub county liquor committee members not to accept new application until the board carry out a baseline survey audit of the existing ones.

For now we have suspended the issuance of licences for new bars until further notice,” said Odhiambo.

The meeting which Thuku describes as a pilot plan also resolved to close all wines and spirits in road reserves, video centres and liquor outlets near schools and residential areas. 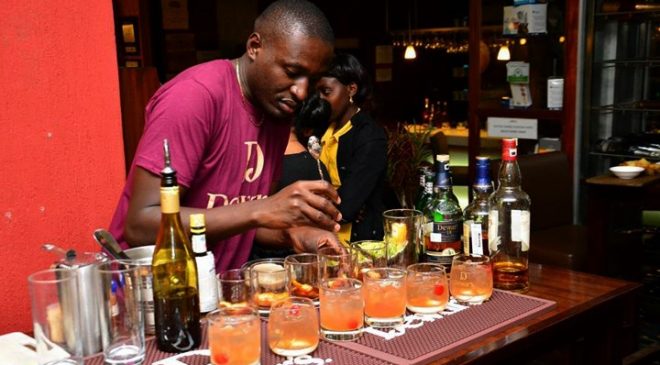 “In some areas we discovered most wines and spirits were operating with photocopied licences,” added board chair.

The board vice chair Rose Gichuki and inspection committee chairman Mutunga Mutungi said they will be carrying out through inspection to ensure no one operates without licences .

Board member Stephen Kambi said they have already closed down over 100 outlets over non-compliance of government regulations.Most of the dealers arrested had flouted liquor and health requirements.

We closed down the liquor-selling outlets in the city for failing to meet the minimum requirements for licensing and health standards,”said the board chairman. Odhiambo said the operation is aimed at fighting the sale of illegal liquor in the country.