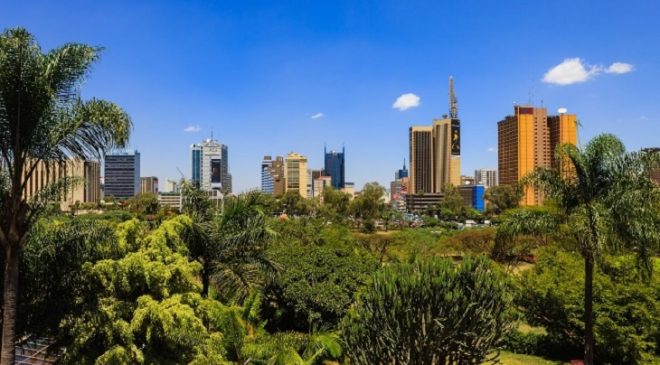 On this week’s episode of Marketplace Africa, host Eleni Giokos reports from Nairobi, Kenya, at a time where the city is becoming a worldwide property magnet.

In its latest report, the global real estate consultancy Knight Frank declared Kenya as one of the top five property investment locations for Africa’s wealthiest individuals – coming third after the United Kingdom and the United States of America.

This investment is also now impacting Nairobi’s skyline with the city soon to host the tallest skyscraper in Africa, The Pinnacle. Standing at 300 metres tall and set to be constructed in 2019, The Pinnacle will surpass the continent’s current leader, Johannesburg’s 223-metre Carlton Centre.

Ben Woodhams, the managing Director of Knight Frank Africa, tells Marketplace Africa what significance these developments have for the city as a whole: “We used to see very boxy office buildings, very square, very reliable. Now we’re starting to see some very interesting buildings: The Prism, One Africa, and so on and so forth. I think that’s also very important because it creates a name for Nairobi, our skyline is changing.”

CNN, however, learns that the various costs connected to Nairobi’s property market has made home ownership a struggle for lower income families.

Citing the cost of land and construction as the major issues, Charles Hinga Mwaura, Principal Secretary, State Department for Housing, Urban Development & Public Works, tells the programme that the Kenyan Government rolled out a plan to revamp affordable housing: “We need to put up about half a million houses in the next five years. A huge [amount] of Kenyans do not feel like they belong. When they look at the conditions that they live, they don’t have access to sewer services, just basic services. This programme is not just about building half a million houses. It is about bridging that gap and making sure all Kenyans from all walks of life feel like they have a sense of ownership.”

This new plan will cut the selling price of housing units, with a one bedroom, twenty square metre unit not selling for more than 600,000 shillings ($6,000).

Mwaura also tells CNN that the affordable housing programme also has benefits for property developers too: “As long as you’re within our development framework, whatever you develop you have five years to sell, and what you don’t sell we will buy back as government. We will then use that to settle our large forces for police and other essential services that need over 150,000 units.”