On this week’s episode of African Voices, CNN meets Tetu Shani, a singer and songwriter from Nairobi who took a chance to focus on creating music in his city. Shani shares his journey to success and outlines his hopes for the future. 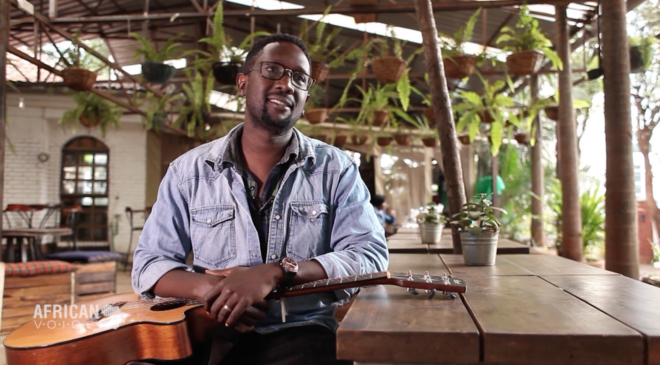 Growing up, Shani showed little interest in music and only began learning to play instruments recently: “I’m a very late bloomer when it comes to music. I didn’t even know that I [was] musical for most of my life. I have no formal training in anything. I’m a self-taught percussionist, guitarist, voice-over artist… self-taught everything.”

It was when Shani was working at an unfulfilling corporate job that he began playing instruments and singing with friends and soon realised he had a natural talent: “One day, I recorded one of my songs and I put it on Soundcloud, just as a joke, and people were like, ‘This is so good!’ The problem was no one believed it was me singing, not even my mom or my sister. My very first [live] show was to prove to people that it was actually me on the record.”

Shani explains to the programme that from that moment, performing to an audience became one of his favourite parts of his job: “What I love about live performance is if I’m killing it, if I’m not doing so well, I’ll know. Cause I’m looking at the faces in front of me, there is this instant feedback. You are able to see the changes that you are making in people’s lives on their faces in that moment.”

After establishing himself within the music industry, Shani had the opportunity to attend the prestigious Berklee College of Music in the United States. Despite being awarded a scholarship, Shani turned it down to stay in his hometown: “[Around that time], there was this, I called it a renaissance, there was this creative movement that was happening in Nairobi and people were doing really dope, innovative things in the arts and I was like, ‘Do I really want to leave this?’ I don’t regret it, I stayed back and amazing things have been happening in my life.”

The risk paid off and since then Shani’s career has seen much success. The programme follows Shani as he heads to the recording studio to make some finishing touches on his latest project, a new album.

He describes what his fans can expect from the record: “Musicians are prophets, we have to sing about what’s happening in the society around us… The album is really about taking music back to what it’s been for centuries, which is just a group of guys [and] girls playing their instruments and telling stories. I am so excited about it because it’s going to be very fresh.”

Shani offers some advice for aspiring musicians: “Just try to be authentic, no matter how weird it is. Give yourself time. Everyone’s journey, everyone who’s done something great, it’s always been a long process, of failure and triumph, so don’t be so hard on yourself.”