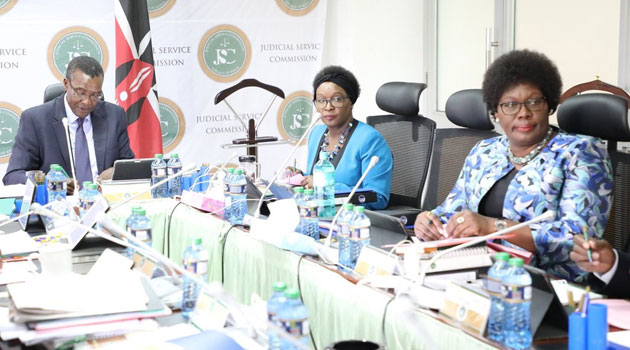 A magistrate who was suspended recently by the then acting chief justice Philomena Mwilu is facing it rough and in a big economic crisis.

Our reporter has since learnt that she is unable to pay her Loans and she recently posted on her facebook page the struggle she is facing.

Therry Nyangena was suspended from duty and she joins a List of magistrates who have been suspended and ignored By the JSC.

A senior magistrate, who did not want to be named informed this writer that memories of their colleague, who passed on towards the end of last year, still linger in their minds. It is said that the suspension of the magistrate contributed to his demise.

Our investigations have established that her colleagues have secretly held a funds drive to rescue their colleague who has hinted to her confidants that she sees no future. She is in depression.

In a letter to the JSC and seen by our writer, so far Judges and magistrates have urged the JSC to speed up her case to rescue her.

It was during retired Chief Justice Maraga’s tenure that many judicial officers were suspended from office. That included hon Brian Khaemba of Kiambu.

It was at that point that their association (KMJA) filed a petition in court challenging the powers of the Chief Justice to arbitrarily suspend and interdict their members.

Most of them feel that their lack of security of tenure leaves them exposed and terrorised by their own employer.

It’s not surprising that during the interviews for the Chief Justice position, KMJA filed a very detailed memorandum which laid bare the frustrations their members go through.