society needs to change one perception that government is for creating businesses for the people especially the youth. That is not true. It is creative ideas that brings about business opportunities. People need to see and treat the government simply as a regulator and formulator.”

Every leader faces trying times, both internally and externally. Those external factors are often the most difficult to contend with since they are outside of a leader’s control.

In fact, the current business climate has generated many shared concerns among managers across the board, regardless of the industry they are in or type of business they operate.

This round, CEO Africa was lucky and able again to profile another most popular and much talked public figure who majority of Kenyans associates his company with themselves when it comes to money matters. Am talking about the famous Equity CEO, Dr. James Mwangi. Below is his life journey story, how he jungled around till he made it successfully.

Dr. James Njuguna Mwangi was born in 1962 in Kangema, in Kenya’s Central Province. His father was killed in the Mau Mau conflict, so the young Mwangi, together with his six siblings were raised by Grace Wairimu Mwangi, their single mother.

He attended Nyagatugu Primary School in Kangema Village, then went on to Ichagaki Secondary School, on a government scholarship, having excelled in primary school. For his A-Level education, he went to Kagumo High School, where he studied economics, literature and geography.

Then went on to the University of Nairobi, graduating with the degree of Bachelor of Commerce (BCom). He also sat and passed the Certified Public Accountant of Kenya(CPA) examinations. He is also a graduate of Advanced Management Programme (Strathmore – IESE Business School, Barcelona, Spain).

He started his career in banking as an auditor. In 1993, he was invited by the then senior executives of Equity Building Society (EBS), the precursor of Equity Bank, to steer the financial institution from insolvency. The company was losing KES 5 million (approx. US$60,000 then) annually and had, at that time, accumulated total losses of KES 33 million (approx. US$380,000 then).

Mwangi, aged about 31 at the time, took up the position of director of strategy, mandated with the turnaround of the company. He began by motivating the 27 staff members to give better customer care to the 27,000 customers they had then.

He also encouraged them to use 25% of their salaries to buy EBS shares. When things began to brighten up at EBS, the society began to sell shares to customers and to pay annual dividends in 1997. In 2000, the society computerized their operations. They were able to raise more capital and attract more customers. On 31 August 2004, Equity Building Society became Equity Bank Kenya.

In 2006, Equity Bank listed on the Nairobi Stock Exchange (NSE). On Thursday 18 June 2009, the Group’s stock cross listed on the Uganda Securities Exchange and started trading that day, under the symbol: EBL.  As of October 2014, the bank group has subsidiaries in Kenya, Uganda, Tanzania, Rwanda and South Sudan.

As of March 2019, Equity Group Holdings Limited was a large financial services organisation in East Africa, with an asset base valued at over $5.98bn (KES 605.7bn), with a total customer base in excess of 12.4 million, in the region the group serves[9].[10]

Dr. James Mwangi is married and a father of four sons. Him and his wife, Jane Wangui, owns shares in the stock of Equity Group Holdings Limited and of British American Insurance Company Limited (Britam), making the family one of the wealthiest in Kenya. Their net worth was estimated at upward of US$170 million as at October 2014. 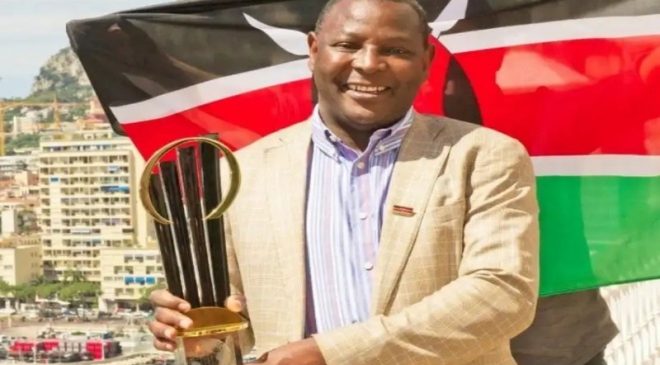 Being an accountant, career banker, businessman and entrepreneur. He is the current Group Managing Director and Group Chief Executive Officer of the Equity Group Holdings Limited, the banking conglomerate with the largest customer base on the African continent, in excess of 12.4 million as of June 2018. He was included among The Financial Times’ 2009 list of the top 50 thought leaders of emerging markets, and among the top 20 most influential people in Africa.

Additionally, he is the current chairman of Kenya Vision 2030 since 2009. During our interview, Dr. Mwangi was able to express how difficult it was to grew up without a Dad but luckily with a Mom who knew very well the value of education to her children in the times where education was not valued as today.

They grew up in a very closed society where there were no TVs and radios. He says their role models were people like teachers: the best teacher, whether it was mathematics teacher like Mr. Githinji of Nyagatugu (Murang’a), or the principal Laban Irungu who was teaching him English; they became his role models.

These are the only people you knew as role models beyond your family. But back at home I had my mother, a person who had never received formal education but knew and articulated the power of education and believed in values that allowed us to fit in society.”

Dr. Mwangi believes in today’s society, entrepreneurship is the engine that can never be ignored for any serious growing economies. It is only the society that needs to change one perception that government is for creating businesses for the people especially the youth. “That is not true. It is creative ideas that brings about business opportunities. People need to see and treat the government simply as a regulator and formulator.”

Just the way we make mistakes in our daily lives, business mistakes are the order of the day because no mistakes, no learning. Constantly the best training is not on what to do, but what not to do. And you cannot learn what not to do if you never make mistakes. Mistakes are very expensive; it is not like success.

Success creates, mistakes destroy and essentially you find undoing mistakes becomes very painful. “I don’t think a day passes without thinking later on, yes that was not right. However, the power lies not in not making mistakes, but realising when you make mistakes, you correct them.”

Despite him being a public figure, he says being in his village, Nyagatugu and seating down with his fellow villagers where he is not as visible; like not associated with Equity Bank and Wings to Fly program, or Chairman of Vision 2030, makes him happy. 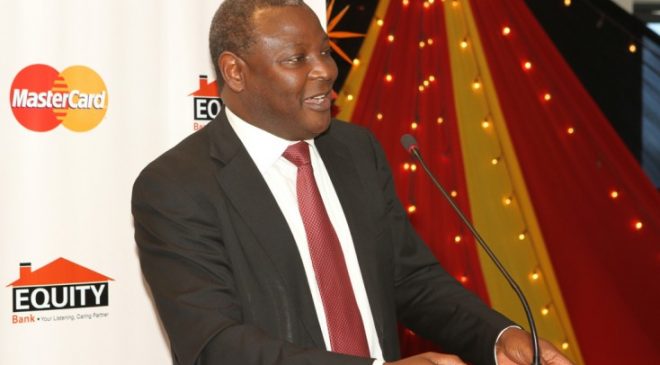 His best moments turn out to be January every year. “When I see the President of Kenya, like we are looking forward to, commission over 2,000 Wings To Fly scholarships to the most gifted and needy kids. So, that moment of unleashing potential, is the greatest and I would say, the highlight of my career.”

“Wings To Fly program is about tracing the path I walked. I was born and brought up in a humble family which could not afford to fully educate me. I know the path of depending on bursary and the power of scholarship because I am a symbol of that. And so when I looked at very gifted kids who were outperforming themselves and then suddenly they could not proceed with school, I felt it was time to give a helping hand.”

The accountant believes and thanks his mom for bringing him up to be the man he is today. “My mum talked about integrity and honestly for a long time and I can tell you for sure that these have kept me out of trouble on many occasions. She also talked about humility. Humility has enabled me to connect with anybody and everybody in the society. So those are three attributes that I would forever cherish. I have lived the full benefit of them. Who I am today and what I have achieved today is as a result of those three values.” 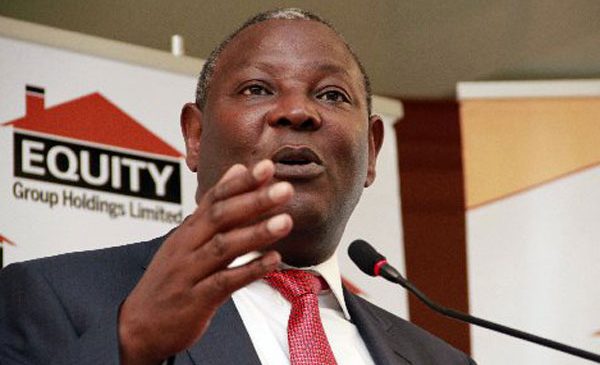 One Thought to “Dr. James Mwangi: As a Leader, you should always have a clear turnaround strategy”