The Independent Electrol and boundaries Commission (IEBC) has teamed up with the National police service commission (NPSC), the office of the Director of Public Prosecution (ODPP), registrar political parties, IPOA, judiciary, and other security sector players to launch the Election Security Arrangement Project (ESAP).

The ESAP has four manuals dubbed Handbook on Election Security, Election Security guide/Police Role Card, training manual, and joint implementation plan, which are meant to educate election officers and police officers on ways to ensure free and fair election with no intimidation.

All the stakeholders are committed to the provision of peaceful, fair, and credible elections.

Speaking at the event, chairperson IEBC- Wafula Chebukati said that there are 22million registered voters, with 15,000 polling stations.

He further stated that there is 500,000 personnel including police officers to ensure a smooth, peaceful election come 9 August 2022. Only two police officers are assigned per polling station.

IEBC is closely working with the Directorate of Criminal Investigation (DCI) to control cybercrime during the election period.

The DPP- Noordin Haji, stated that with the partnership, they will ensure that the process remains unshaken. 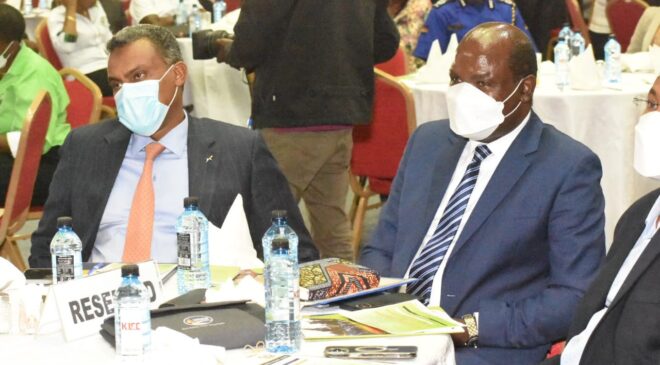