Association for Electrical Mobility and development in Africa (AEMDA) in partnership with various Electrical Automobiles enthusiasts such as Vehicle and Equipment Leasing Limited (VAELL), Go Electric Limited, Utu Cars, EVCHAJA,  Drive Electric Limited, Absa Bank, Tesla car owners, UNEP with support from the Africa E-Mobility Industry Action (AFEMI) among others, held an Electrical Vehicles (EVs) and related automobiles expo  Saturday the 29th of October 2022 at the Waterfront, Karen, Nairobi, during the Africa E-Mobility Week which came to a colorful end after a series of activities that involved the launch of new electrical and solar automobiles as well as charging stations. The E-mobility expo is aimed at showcasing the electric automobiles set for the market. This comes after the country’s push for electric vehicles has received a significant boost with the establishment of solar and electric vehicle charging hubs by various players in the market including the Naivasha headquartered regional leasing firm, VAELL, which has already set up various solar and electric vehicles charging stations across the country.  During the expo new charging stations to act as electric vehicle charging stations will be launched at the Waterfront Mall, one of Nairobi’s prime shopping centers. The exhibition was part of the inaugural Africa E-Mobility Week that started on Tuesday last week.

According to the organizers, E-Mobility Expo focused on; Electric Vehicle Ownership & Infrastructure, Transitioning from Combustion Engines to Electric, Importing, Financing and Running your EV as well as deliberations on commercial transport going electric. 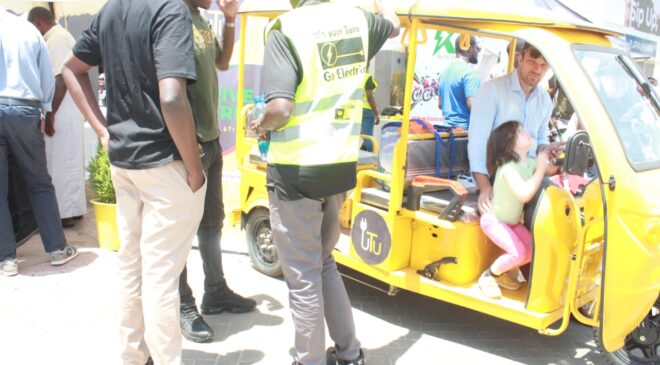 Go Electric Limited management said that plans are in the works to build additional charging stations in major cities across the country. Since the introduction of electric vehicles, the issue of charging hubs has remained the main barrier, keeping many interested parties at bay. However, this is being solved following increased efforts by various players like EVChaja and the regional leasing firm VAELL who are setting up charging stations in preparation of the e-revolution as the wind of change blows across the globe in the effort to reduce and hopefully eliminate fossil fuels and encourage green energy consumption to reduce our carbon footprint, conserve the environment and tame global warming.

It is worth noting that the EVs Exhibition comes on the heels of the government and investors announcing plans to introduce electric bus units for Nairobi’s BRT system.

Speaking in Nairobi’s leafy suburbs of Karen during the expo Eve Maina Director of Corporate Affairs at Go Electric Limited, said, “the company will invest in various electric and solar automobiles as Kenya prepares to fully go green. We have already set Kes. 2 billion to pump into the purchase of necessary units and install more charging stations across the country. At the same time, we are set to launch fully solar and electric automobiles dubbed UTU in the country that are specific to the East and Central Africa region. The units are already in Kenya for testing before the official launch that will be happening soon. This will range from saloon cars, buses, motorcycles, Tuk-Tuks and other automobiles on demand. We currently have fully Solar & Electric Tuk-Tuks ready for uptake. When you look at them you can definitely confirm that this is a game changer that will see significant savings in fuel and maintenance costs. ”

Electric propulsion costs less because electric motors are far more efficient than internal combustion engines (about 90% versus 40%). Electric cars also recoup energy from the spinning wheels when the car is cruising or braking.

According to the statistics done in various countries including the US, it was discovered that by traveling 15,000 miles per year, you would spend, on average, $550 to run the Chevy Bolt EV or Model S, versus $2,050 for the Spark. In layman’s terms, the more you drive more, the faster you will recuperate costs. There are various high-profile EVs in recent past, from the Tesla Model S to the Ford F-150 Lightning and the Chevy Bolt EV. With many models now pushing upwards of the 300-mile range, electric vehicles are increasingly more practical. And with gas prices soaring, they also are more economical. 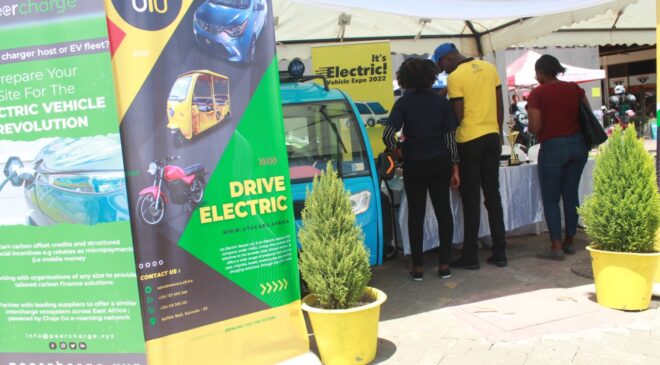 Adding his voice to the ongoing debate Iyadi Iyadi, the founder and CEO of EVCHAJA Limited, who provide EVs charging stations solutions to private & public entities, also stated that technological breakthroughs in energy storage will make renewable power easily accessible, available and affordable which will accelerate the move to electric cars and other electric transportation systems.

“The government and private stakeholders are making efforts to work together to create a conducive environment it will encourage uptake in the rural areas. A public-private partnership framework to set up EV charging infrastructure in the country is the best approach in scaling up and rapid implementation. This will enable private companies to take part in the development of this infrastructure and will promote innovation and competition in the market. If we can formulate and implement policies that will support the growth of EVs then we are sure to succeed. The policies ought to support development of EV Infrastructure,” said Managing Director of AEMDA Mr. Warren Ondanje.