At a time when Kenya is enjoying a boom in the business of fitness buoyed by a growing middle class keen on their health, women are trailblazing in moving fitness beyond hobby to career, a feat of no mean repute that has now catapulted them to international stardom.

Farah Esmail belongs to that leagues. In an interview with CNN’s African Voices programme, Farah explained how she overcame cultural barriers to realize her dream of becoming a female bodybuilder. 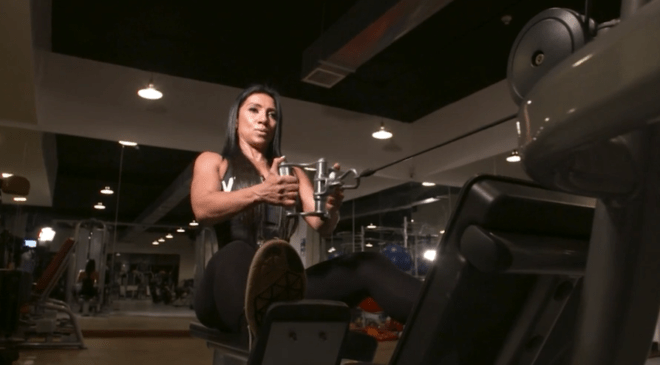 Esmail described how her childhood shaped her two passions in life: “I had a very healthy childhood. I come from a family that’s very sporty. My dad played a lot of squash and we used to run ten kilometre races together. It’s always been part of my lifestyle to de stress and decompress through sport. On the education side, I was always pushed to excel. As a female, my family wasn’t like: ‘Oh, you’re a female, we give first interest to the son in the family.’ So I think I am who I am because of my upbringing. Funnily enough, when I was a kid I thought I would be a lawyer. I had a romantic image of me walking up and down with a briefcase.”

It was after travelling to America that Esmail discovered bodybuilding: “While in the States, I was exposed to a fitness competition. When I got to see these women on stage and the confidence, the amazing body, the physique… It stuck in my head that it would be an interesting thing to do.”

Upon returning to Kenya, Esmail had to create a plan for how she could train: “I wanted to start competing but at the time the gyms were really premature in Kenya, not a lot of equipment. I went to the United States to meet a coach who put me on a programme. That year, I competed in Musclemania here in Africa and that was my very first competition. I came first in the bikini category. Then I was hooked.”

Since then, she’s picked up medals all over Africa and is the three-time reigning ‘Ms. Kenya’ fitness model. 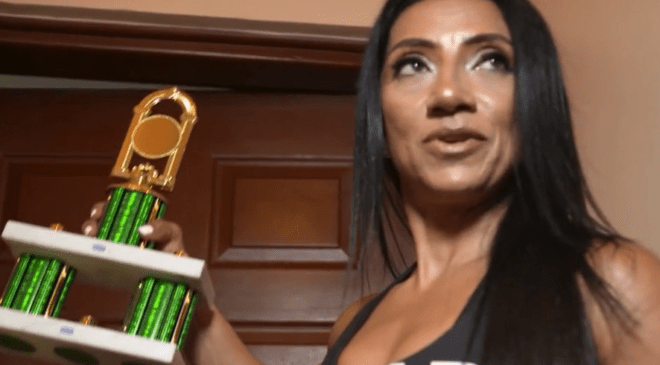 Esmail showed the programme what’s involved in her strict diet and fitness regime: “My workouts focus on a different body part each day. I work out six days a week and then one day I week I will do conditioning training… My diet is given to me by my coach in the UK and basically it’s five meals a day, focused on vegetables and protein.”

Esmail explained to the programme that when she first began competing, there were some cultural barriers to overcome: “In Kenya, as a Kenyan woman on the stage, there’s a lot of cultural issues. There’s no other way to look at muscle other than if you’re on stage in a swimsuit.”

However, the influence of social media and role models like Esmail has encouraged more women to get involved: “Women in the sport is growing in Kenya. In 2014 when I competed, there were two of us from Kenya. Last year, we had about 15 to 16 girls enter the bikini category. It’s also becoming socially acceptable. Now you see more women in the gym. You see a lot of us on Instagram.”

Esmail further explained to the programme how competing is about more than just the sport: “The whole purpose is to get people united through sport, so it’s a chance for me to be on stage with other competitors from other countries.”

Her ultimate goal, however, is to share her passion with others: “One of my end goals is, at some point, to be running a healthy resort. One of the things I do want to do is have a place that is a haven for people to come to, where I would impart some of [my] skills and have them come away healthy and fit.”