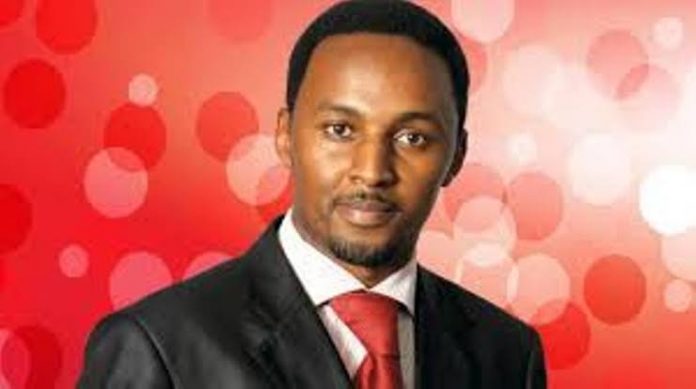 The 11-page document bearing signatures of 41 MPs and senators from Mt Kenya, Nairobi and Rift Valley was released yesterday as Uhuru visited the Mt Kenya region to address the BBI and other issues.

Thang’wa says the move to translate it is to enable those who are not versed in english to also get the message clear in the language they are good in.

“I want our people to read and understand what issues are being raised by our leaders. Translating the document in Kikuyu will enable them grasp the grievances raised there. They should not be left behind because they are not conversant in English” The former Kameme presenter said.

The politicians decried the state of economy, alleged betrayal of Ruto, political persecution and Raila presence in the Jubilee government.

They also seeks to address what the MPs say is the shelving of the Big Four Agenda for BBI and also tells off the President over his recent utterances.

“The mountain will remain restless, dissatisfied and defiant. Ultimately, full-blown revolt will be inevitable,” the letter reads.

The pro-Ruto MPs have been bashing the president on a number of issues as the relationship between Uhuru and Ruto seems to soar by day.

Today Uhuru is in Sagana State Lounge for a four-day visit to meet the region’s leaders from MCAs to address number of issues.

However, the Ruto-allied politicians have been locked out of the meeting.

The letter opens with the MPs expressing their allegiance and support to the president but complain that they have not been invited to the Sagana meeting.

On politics, the MPs remind Uhuru of the nature of his relationship with Ruto in 2013 as a means to end the “politics of division and conflict, ethnicity, balkanization, deceit and betrayal.”

“This is important if we are to make real progress in advancing your programmes and legacy. If not, we are afraid this Sagana encounter will be yet another public relations talk shop, where those in attendance will collect Sh5,000 of public funds for no meaningful work,” they wrote.

On Raila, the MPs tell the President that, for 8 years from 2011, he consistently and persistently cautioned the region that Raila Odinga was Kenya’s foremost problem, and pleaded with voters to send him home for the country to move forward.

They add that Uhuru was only emphasizing what the people already knew, taking into account Raila’s history.

“You blame the leaders and people of the Mt. Kenya region for being reluctant to accept the Handshake and the BBI. It is not their fault. The successful effort you made to persuade the people and render Raila Odinga unacceptable in Mt. Kenya cannot be undone in your lifetime,” the letter states.

They told Uhuru that he should withdraw recent utterances that two tribes have led the country since independence and it was good for others to take over.

“We believe that Kenya is an equal-opportunity republic, where any person can rise to the pinnacle of their ambition lawfully through hard work. To insinuate that Kikuyus should not aspire for the Presidency, because others have been President, is unfortunate, insulting and selfish,” the MPs said.

On COVID-19, the MPs says that there have been discriminative policies affecting matatus and bodabodas during the Covid-19 pandemic.

They add that miraa farmers have failed to get access to international markets yet the government facilitated the flower growers.

“Despite your administration promising to focus on the Big Four agenda post-2017, agenda that would have created millions of jobs for our youth (jeshi), the same jeshi now languish in poverty after the Big Four agenda was abandoned in favour of the Small Two Agenda of the Handshake and BBI,” the MPs say in the letter.

300 bouquets flowers for Hope sent to UK in Solidarity amid...

Reverend Lucy Natasha: All About Her life

Elves Kimutai - September 15, 2020 0
The COVID-19 pandemic has undoubtedly eroded the overall improvement in risk-reward scores seen across the African continent in recent years, but this should not...