Maendeleo Chap Chap party leader and presidential aspirant Dr Alfred has urged the government to put in place measures to end marginalisation in many parts of the country.

The Machakos Governor said some sections of the country especially in Eastern and North Eastern region need special attention to improve the quality of life for the area locals.

“There are places in this country that have lagged behind in development for far too long and require urgent measures to bring them at par with the rest of Kenya,” Dr Mutua said.

The presidential hopeful said that despite being endowed with land fertile for production of coffee and tea, Mbeere in Eastern Kenya is underdeveloped and needed special intervention from the national government to spur growth in the area. 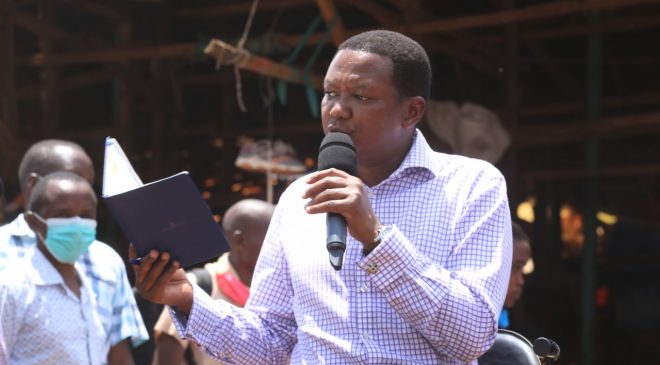 Dr Mutua, who is also the Machakos county governor, was speaking in Embu town during his meet-the- people listening tours of the county said national government needed to expand markets for both coffee and tea in order to benefit regions growing those crops.

“I am shocked that markets for agricultural products like milk, tea and coffee have continued to deteriorate while government has done little to address that,” Mutua said.

Dr. Mutua who has announced intention to contest for the presidency in 2022 said he will improve global markets for coffee and tea if he wins the presidential election.

” Kenyans are lied to everyday in this country and their voices stifled, my presidency will give power to people because they come first,” he said.

Governor Mutua decried the state of unemployment in the country and promised to create job opportunities for young people, adding that they are the backbone of the nation.