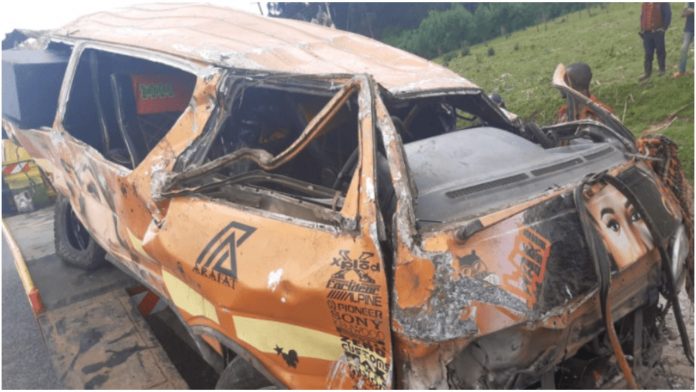 Five people have been confirmed dead following a road accident at Jubat near Londiani junction on the Kericho-Nakuru highway.

The occupants were heading to Kisumu for a birthday party of one of them.

According to Londiani OCPD Joseph Mutungi, the accident occurred after the matatu lost control following a left rear tyre burst.

“Three people died on the spot while two others succumbed to injuries at the Londiani sub-county hospital where they had been rushed for treatment, two of them are in stable condition while other three have been transferred to Kericho Referral hospital,” he added.

The bodies of the deceased were taken to Molo sub county hospital mortuary.

Realme C11 is the real deal