The former academia turn politician is expected to face off with incumbent Mary Wamaua, Kamande Wambuku among others.

Murang’a governor Mwangi Wa Iria once described Ichagaki as the “most brilliant MCA”.

“He consistently keeps knocking and lobbying for Ichagaki ward for development. He’s Honest and means well for the county.

He’s brave and very focused leader “he said. Murang’a county Assembly speaker, describe him as no nonsense MCA who talks less but very keen in listening.

He’s a role model to many.

Maragua business community chairman, Mr. kamandi attributes Ichagaki one as force behind Maragua town road tarmac, Dam rehabilitation and More than 70%of road gravelling. He has contributed beyond in Education sector.

Political analysts have termed him as the most educated MCA within the Jubilee administration from the Mount Kenya region with expertise in governance and leadership.

He hold many academic awards and He once scooped position three (3) Nationally from Mizani Africa as most development conscious MCA.

While addressing the media, Ichagaki one as popularly known pledged bursaries to orphans, needy and bright students. 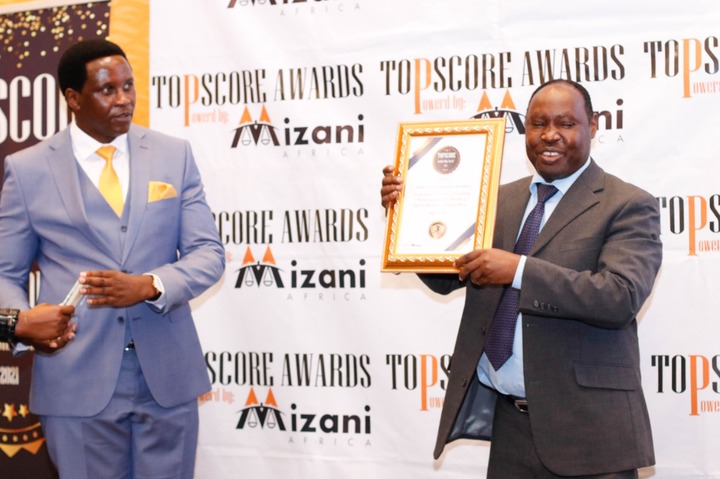 He’s an Educationist who have transformed his Ichagaki ward from drugs and chang’a addicts to “an education hub”. Farmers, Teachers, parents and children’s and other professional including business community are volunteering for his campaigns .

He promise to protect residents in informal settlements against poverty by rolling out empowerment programs tailored to empower them.

Ichagaki one is an enemy of corruption, He pledge “I will work with relevant authorities to reposes all public lands grabbed by influential people in places such as Kaharati and Maragua Samar”. The EACC must turn the rocks on corrupt public officer’s who have

Brought suffering to wananchi. “corruption is an artificial disease that’s can be wiped out by patriotism”.

In 2017, He was elected as an MCA under the Jubilee party. since then, has been a National County Assembly forum (CAF) executive committee member, MT Kenya MCA caucus Chairmanship’s public investment/account committee chairman in Murang’a county Assembly. He is ardent supporter’ of president Uhuru Kenyatta , Governor wairia and jubilee government.

Ichagaki believes “when country develops, we uplift the county standard of living, Improves Good Education, Good health, infrastructure and economic growth. We must have minimum guarantee return to the workforce. The one man, one vote, one shillings must be anchored in the constitution”.

He will be banking on his intelligence, experience as MCA and as a governance expert and his long political career.

“I am riding on as an intellectual, intelligence and Tested as a member of County Assembly, long political experience and first knowledge of my people from Maragua,” he said.

He added that the people from Maragua deserve a positive transformational change. I Encourage the investor to take the good and friendly environment, security and invest more in this humble constituency.

Azimio ticket is sponsored by both president Uhuru Kenyatta and Raila Odinga as a way of promoting handshake.

Both Jubilee and ODM have planned for their respective two-day NDC at Kenyatta International Conference Centre (KICC) and Nyayo Stadium in Nairobi, on February 25 and 26.

Ichagaki has termed the move as unique and appropriate.