In the event that saw the thrill end 2 goals to nil in favor of Equador, several fans won prizes ranging from Coca Cola branded T-shirts, caps and vuvuzela’s.

A fan also won the grand prize, an Hisense refrigerator, in a raffle ticket competition with the second one walking away with a 43′ TV from Hisense.

The event that was organized by Coca Cola Kenya with many others lined up as the tournament progresses. 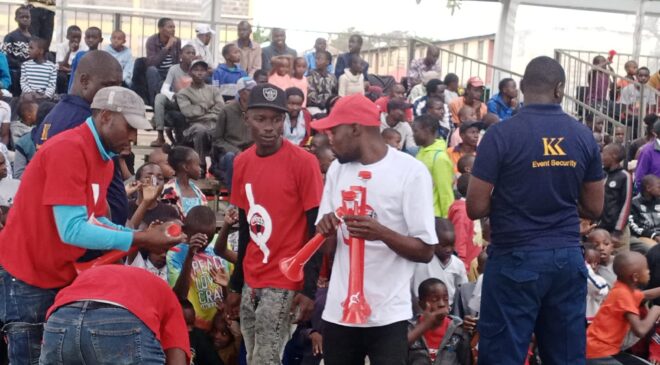 Ecuador comprehensively defeated Qatar 2-0 in the opening match of the FIFA World Cup at the Al Bayt Stadium.

Enner Valencia got the first goal for Ecuador through a penalty kick in the 16th minute.

Valencia extended the lead to two goals after 31 minutes of play.

Valencia had netted a first goal for Equador within three minutes of the game but it was disallowed for offside reasons.

From the first moments, Qatar made a disappointing start to their World Cup campaign and became the first host country to lose their opening game.

Coach Felix Sanchez-led team went into the first-half break two goals down as Enner Valencia netted first from the penalty spot and then with a header to put Ecuador in complete control.

There was to be no miraculous comeback at the Al Bayt Stadium, nor was there any sign of remarkable football by the hosts. Qatar’s hopes of making it out of Group A now rely on them getting results against Senegal and the Netherlands.

They will lock horns with African side, Senegal in their next group match on Friday, November 25, 2022.