A new poll by Mizani Africa has put Lenku ahead at 36.4% ahead of Katoo Ole Metito in what is promising to be a grueling battle ahead of the August poll.

Davis Nkedienye of Odm party,who was the first governor of the county is distant third with 17.2.

The poll targeted 1,500 respondents in a random sampling method across the five constituencies in the county.

In the senatorial race,Judith Pareno is ahead with 33.5 and is followed by Daniel Tanai who is at 24.6 while Johnson Osoi has 16.9 following.

Janet Keiya who has 28.7% following is leading in the Woman Representative race and is followed by Jenipher Moinket has 26.1%. Leah Sankaire will take home of 17.4% of the total voted cast.

““Mizani Africa interviewed close to 2,000 people. It should not go without saying that most people were interested in electing leaders who would present their needs well,” Mizani Data reporting officer John Benson said.

The poll also focused on Mombasa County gubernatorial race where Mvita MP Absul Nassir is ahead with 51.9% ahead of business mogul Suleiman Shabal who has 36%. Former Mombasa senator garnered a paltry 6.1% 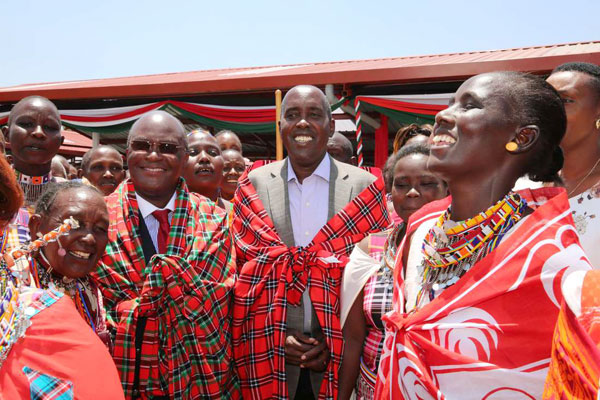 The poll also ranked the popularity of ODM party leader Raila Odinga at 50.9% in Kajiado County ahead of Deputy President William Ruto of UDA at 44.1. Wiper party leader Kalonzo Musyoka has 4%.

The poll projected possible changes in the near future due to the ever changing political dynamics.

Ole Lenku was elected on the Jubilee party ticket and is odds favourite to bag the Azimio La Umoja ticket against Nkedienye if the new poll findings are considered.

This also means that Ole Metito is favourite to bag the Kenya Kwanza ticket and eventually set up a battle of titans for the lucrative gubernatorial position.

Lenku has emerged as one of the leading Maa leaders in the country and is one of the key point men for President Uhuru Kenyatta and ODM leader Raila Odinga.