Kakamega Woman Representative Elsie Muhanda has called on parents and guardians to be more careful with their children who are now vulnerable to sex predators.

The legislator has challenged parents in the county to take full responsibility of their children after a new report revealed an increase of cases of teen pregnancy in the region.

The latest shocking report is of a standard six boy who impregnated a standard four girl in Kakamega.

The report indicates that 19% of underage girls in the county are victims of teen pregnancy and other sex related ills.This is 1% more than the national tally, raising more concerns among leaders in the county.

Elsie who spoke on Saturday in Lugari said that the long presence of students at home due to the Covid-19 pandemic, laying ground for sex predators to strike on unsuspecting school going girls.

She warned that teen pregnancy could end up being a bigger problem than the effects of Covid-19 pandemic. 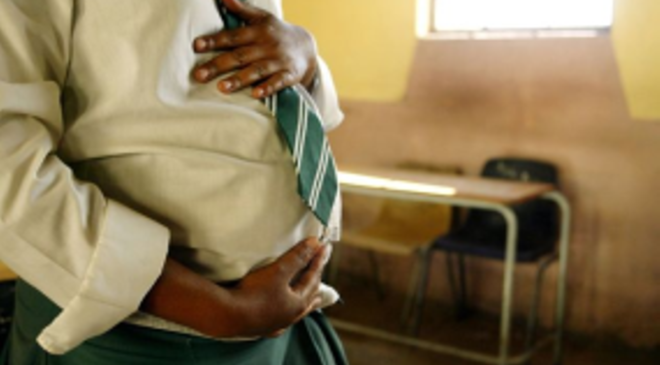 ” We have to be careful with these people at home and offer the much needed security to them because we are going to be with them for a longer period at home,”

Elsie called on chiefs and other state officers in the county to help crack the whip on perpetrators of the spiraling early pregnancy.

She mentioned a case where a police officer is allegedly behind the pregnancy of a student, adding that no girl is safe now even in the hands of the police.

” It I shocking and this only means that the buck stops with the parents and no one else,”

Last year,the county recorded close to 17,000 cases ,the highest in the country.

The Woman Rep was speaking in Manyonyi Village during the funeral service of Lugari MP Ayub Savula’s father.

The service was dominated by Luhya unity politics and the legilslator reiterated that she supports ongoing Luhya unity calls.