Kenya Re, employed a number of strategies in a bid to remain ahead in the competitive insurance business.

Kenya Reinsurance Corporation Limited (Kenya Re) is one of the oldest Reinsurer in Eastern and Central Africa. It was established through an Act of Parliament in December 1970 and commenced business in January 1971.

Although it was initially fully owned by the government, 40percent stake was floated to the public through an IPO. The firm’s core activity over the years has been providing reinsurance services and today, it boasts of a clientele base of about 265 companies spread in 62 countries in Africa, Middle East and Asia. 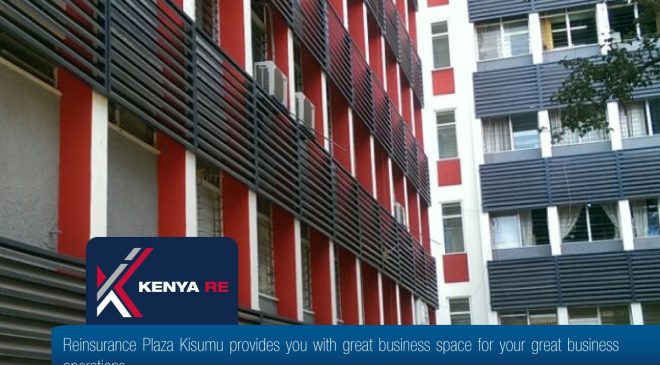 The investment income grew from Ksh 1.447 Billion in 2015 to Ksh 1.739 Billion in 2016 resulting in a 20% growth over the same period. According to the firm’s CEO, Mr. Jadiah Mwarania, the impressive results were as a result of deliberate strategies aimed at growing its business. The strategies include efficient claims management, new products and developments.

“We have been liquid enough to meet maturing claims. We make sure liquidity ratio is properly pitched; we have in excess of Kshs2.5 Billion and also have a huge investment in treasury bills.” He adds that to be on the safe side, Kenya Re ensures that its technical staff completely examines claims.

One of the key tactics of survival in the increasing competitive insurance business is product innovation. Kenya Re has pioneered a number of revolutionary insurance products such as the political violence and terrorism covers which have had a growing demand since the 2007 post-election upheavals.

Following the discoveries of oil in East Africa, Kenya Re has also taken the lead in providing reinsurance capacity and technical expertise to both local and the international markets. This includes Kenya Re’s marine and energy retrocession protection for inward treaty and facultative acceptance.

According to Mr. Mwarania, these are efforts that are geared towards improving product and service component of the local insurers and instill confidence to the investors who in most cases procure oil-gas insurance from foreign insurers as a result of lack of satisfactory local content.

Mr. Mwarania reveals that energy reinsurance is a volatile and quite a different ball game. “With the drilling risk, transportation, pipes, tankers, public liability, refineries not to mention the actual extraction processes involved, we have trained our personnel on how to handle such instances. Two years ago we also set up a marine and energy treaty which we try to expand every year,” says Mr. Mwarania.

He says that Kenya Re has a competitive edge in the Kenyan market not only by the virtue of being a Kenyan company but also because of its strong capital base. The firm has a capital base of KSh1.75 Billion pay-up capital and Kshs134Billion reserve. In addition to the strong capital base, Kenya Re is also endowed with one of the best pools of human capital. “Today, we boast of a skilled man power which often undergoes continuous training and exposure.”

Internal efficiency is a key component in running of any business in the service industry according to Mr. Mwarania. In March 2015, the firm launched Enterprise Resource Planning software aimed at helping the corporation streamline and smoothen its operations to make customer engagement seamless.

“We now have an intergraded resources planning software that now ensures integrity of data. Previously we had eight different systems undertaking different tasks.” Governance comes hot on the heels of the aforementioned. These entails internal audit as a risk management strategy. The CEO reveals that Kenya Re has grown the maturity of risk management from 5 percent to 72 percent in the last four years. A Risk Committee is also in place which is charged ere there are monthly and quarterly reports.

The other challenge concerns regulatory changes in various countries. Mr. Mwarania cites Rwanda where reinsurance premiums are to be taxed at 15 percent. Uganda is also aiming at taxing premiums at 20percent. Other challenges include political instability in countries such as Burundi.

“Stakeholders’ expectations are increasingly focused on how the company performs and behaves in relationship to society or environment, either just locally to its operations or in the wider world.”

Focus now, according to the CEO, is market development.  Africa, Middle East and Asia are the firms key markets that it would want to maintain a strong foothold. “Our plans are to strategically expand our base in these areas, through increasing our business volumes and product development,” explains Mr. Mwarania.