The Kenya Film and Classification Board has banned a new film titled “I am Samuel” due to alleged same sex marriage theme depicted in its content.

In a statement by Chief Executive Officer Mr. Christopher Wambua, the documentary features marriage of two men and concludes with the dedication of film to the gay community

“The film tries to influence the viewer into believing that the older generation that was once LGBT+ is slowly buying into the practice and accepting same sex marriage as a normal way of life. In addition to the documentary attempts to use religion to advocate same sex marriage,” he said

Wambua said that the film in question was produced with funding from several foreign organizations and the board will not allow such productions to be either broadcast or exhibited within Kenya as our laws do not countenance homosexuality or same sex marriage and they documentary could easily expose vulnerable groups including children to unsuitable content. 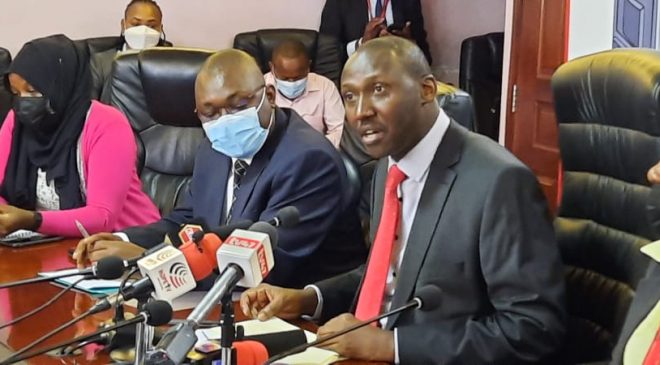 “The board welcomes local and foreign support to our budding local film industry but such funding should focus on production of content that is aligned with the laws of our country,” said Wambua.

He further appealed to the media, religious organizations, the public and other like-minded institutions to support the clarion call for creation and consumption of content that promotes Kenya’s moral values and national aspirations.

Carrefour Expands its Footprint in Nairobi

Jubilee tells Elachi to accept impeachment and move on

Jacktone Lawi - August 20, 2020 0
Following the resumption of international passenger flights, Emirates has announced that it is offering Kenyan travellers the opportunity to travel to Dubai for Dubai...

Hennessy Partners With Bartenders In Support of The Hospitality Industry