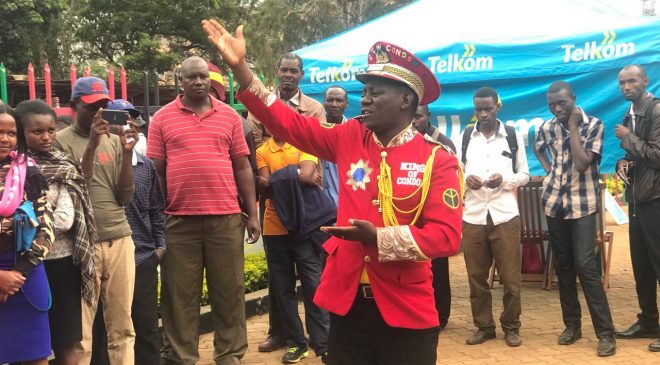 Kenya’s king of condom Stanley Ngara has been nominated as CNN hero’s of the year.

He is expected to battle for the crown among other contestants across the World.

Popularly known as the king by peers,he has been traversing the Country on the dangers associated with unprotected sex such as sexual transmitted diseases.

His kind of attire all over written Condom made it easy for him to be recognized among crowd.

Per day he distrutes about 5000 free condoms. 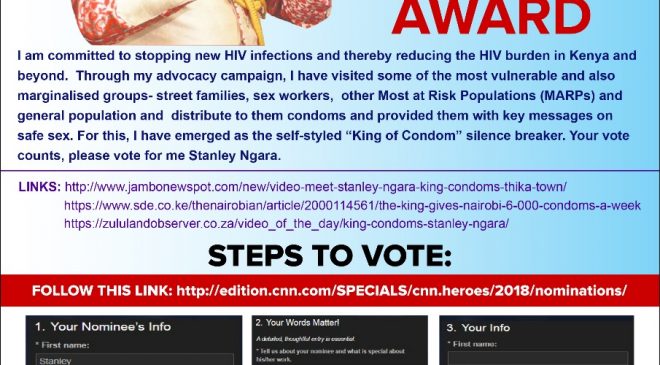 “I am appealing to my fellow Kenyans and supporters to vote for me as the CNN Hero,this will help me to move my mission of saving youths across the globe,”he States.

He has meet notable leaders across the Country among them the president Uhuru Kenyatta, Nairobi Women Rep Esther Passaris among others.

Here how to vote for the King. 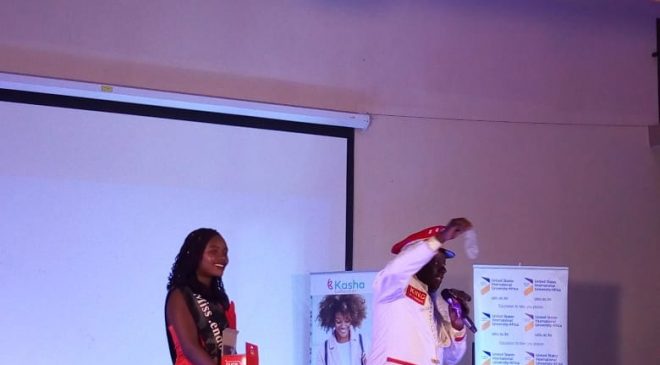 One Thought to “King of Condoms nominated for CNN HEROES AWARD”