This week on Inside Africa, CNN International travels to Kenya to explore its iconic climbing culture. From urban walls to Mount Kenya’s snowy peaks, the programme learns how a new generation of climbers are conquering their own mountains.

Kenyan born Allan Wide tells the writer how significant his sport, rock climbing, is to Kenya. He says:

“Climbing has always had quite a culture in Kenya. To understand it, I think you’ve probably got to go back quite far… the first ascent of Mount Kenya was in 1899. At that time that climb was the hardest climb in the world, harder than anything in the Alps or the Himalayas that had been climbed. So, from that point on, it had a reputation as being a major climbing destination.” 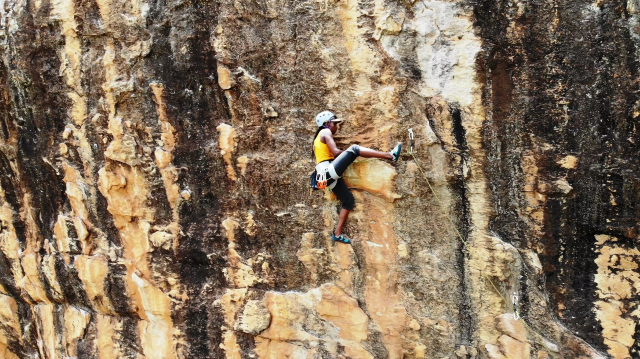 “The Rift Valley extends from Jordan down through Ethiopia, Kenya, Tanzania and right down to Zimbabwe. It’s probably at its most spectacular here, in Kenya… it’s Eastern Africa breaking away from the rest of the continent and it’s this huge chasm. So, it has all these escarpments which offer great climbing potential, all these different cliffs.”

Wide fondly remembers his mentor Ian Howell, a pioneering mountaineer with an international reputation who taught him all he knows:

“He climbed in the Himalayas, the Andes, he was known in the climbing world. He basically took me in and taught me what I should have been taught to begin with. And, and I probably owe him the reason I’m here now… Ian and I started developing the climbing at Hell’s Gate… We climbed for about 30 years together.” 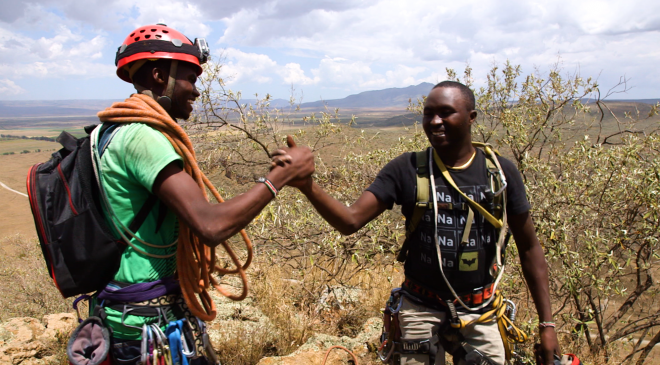 At 17,000 feet, Mount Kenya is the second tallest mountain in Africa but for its close knit climbing community, it’s number one on their list of accomplishments. Julian Wright, owner of an outdoor adventure company based at Mount Kenya explains why he enjoys climbing:

“The thing that drew me to climbing as a youngster was probably the challenge of pushing yourself in an environment that you weren’t comfortable in, but it was a pretty safe environment. We obviously had ropes and pretty good harnesses and helmets, so it was all safe, but it was a mental, it’s a mental barrier that was quite fun to push and understand. And you learn a lot about yourself when you’re in a situation like that.”

Liz Ndindi, another climbing enthusiast, became involved in the sport after joining the Bluesky Climbing gym in the heart of Nairobi. She says:

As the first climbing gym in the country, Bluesky Climbing gym has become a training ground for the next generation of Kenyan climbers. Ndindi says: 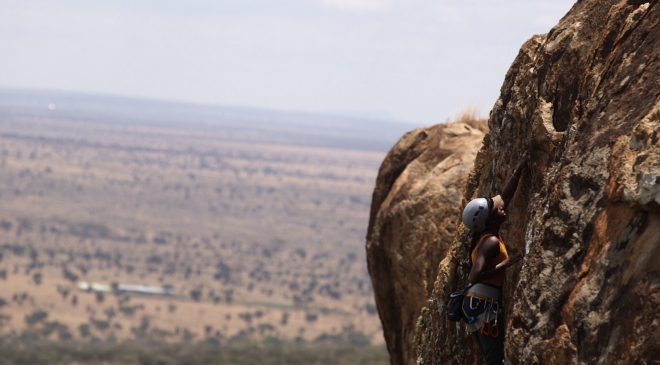 “There’s something more about climbing, like you set your own goals [and] that’s what I like about it. I would imagine like if you go to a regular gym and you have to do so many sit-ups… I keep going back to it because I feel like there’s no pressure. It’s only yourself, you are your only competitor. You set your goals as far as you can reach them, and you go for them. Yeah, that’s what I love about it.”

As Bluesky has grown, so has Nairobi’s climbing community and Ndindi hopes, through climbing, her daughters will love the outdoors. She says:

“What I’d love for my daughters to learn to view, in terms of the femininity, that they should not be embarrassed, that they can be who they purpose themselves to be and that women really are strong and to be able to appreciate themselves for who they are and not necessarily for who society prescribes for them to be.”