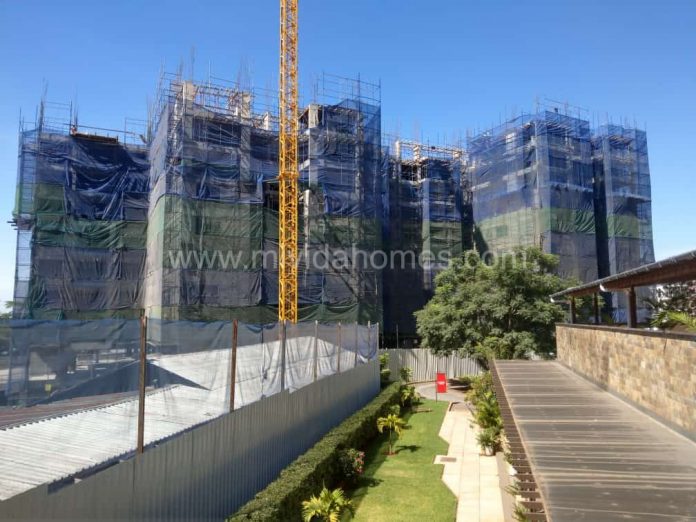 A man travels the world over in search of what he needs and returns home to find it. Simply put, home is where the heart is. That is why home ownership is one of the most fulfilling achievements one can attain.

However, home ownership in Kenya has been a challenge over the years. The lack of affordable housing in Kenya has been hanging like a noose around our necks since independence and it has been worsened by the slowdown in the country’s economic outlook.

Despite the grim outlook, things are still propitious. Measures like the move by the government to include affordable housing in its Big 4 Agenda is clear a sign that it is not lost on our leaders that housing is at the fore front of a secure socio-economic future of the people.

Currently, the production of housing units in Kenya is well below 50,000 annually. While this might sound ominous, one man’s poison can be another man’s meat. In the old fashion way of seeing the glass half full rather than half empty, this provides an opportunity for the private sector, including real estate developers to help increase the supply of affordable housing while potentially receiving positive tax benefits and risk-adjusted returns.

Actis, a leading growth markets investor, and Shapoorji Pallonji Real Estate (SPRE), the real estate arm of one of India’s largest conglomerates, are seasoned developers who are doing exactly that. Both are dedicated to transforming the residential landscape in sub-Saharan Africa, including Kenya, by tapping into their tried, tested and time proven experience in global real estate.

Leveraging on an ongoing and incredibly successful partnership between Actis and Shapoorji Pallonji Real Estate in India, these two real estate developers have delivered thousands of high quality, sustainable homes at affordable prices. Actis and SPRE come with a collective experience of 220 years in the real estate industry, building iconic and award-winning properties around the world and making them well-positioned to unlock the significant affordable housing opportunity in Kenya.

Over the years, SPRE has committed to delivering high-quality and well-planned lifestyle spaces around the globe. Currently, it prides itself with more than 1.5 million square meters under development and through Mi Vida is aiming to provide at least 3,000 residential units in Kenya. Recently, in Pune, India, SPRE sold over 600 units, worth around approximately 55 million US dollars in a new housing project as housing demand began to recover amidst the tough economic challenges experienced across the world.

Actis on the other hand, which has its footprints across markets in Africa, Asia, and Latin America, has since 2006 acquired eighteen real estate developments in eight cities and seven countries, valued at 1.3 billion dollars on a gross asset value basis. It has so far sold six of them. It also manages the largest real estate private equity fund focused on sub-Saharan Africa.

Through the Actis-SPRE venture, Mi Vida which translates to meaning “my life” in Spanish, was launched in Kenya in 2019 with the sole purpose of addressing the affordable housing shortage in the country. Through Mi Vida, the two real estate developers are aiming to deliver not less than 3,000 affordable housing units in the next five years.

The first project of Actis and SPRE under Mi Vida is the ongoing Ksh. 6.5 billion residential housing project that encompasses the construction of a total of 628 residential units including one-bedroom, two-bedroom, and three-bedroom units built on a 4.5-acre parcel of land adjacent to Garden City mall, off Thika road at Exit 7. The two real estate developers set aside a Ksh.12 billion kitty in 2019 to bring middle-class investment solutions as part of their 5-year commitment.

The project is part of Mi Vida’s commitment to building affordable homes that are also designed to promote healthy and sustainable lifestyles.

Isaac Newton once said he had seen farther by standing on the shoulders of giants. By leveraging on the expertise of the partnership between Actis and SPRE, Mi Vida is well-positioned to inject stability in our nascent, albeit struggling home ownership arena. It brings a solution to the gaping lack of institutional quality homebuilders with the expertise, capital, and consumer trust to truly address the opportunity at scale.

The Second realme C15 Hot Sale rolled out: Here is what...

VAT will not affect Unga prices