The move follows the resignation of Simon Ngigi, who the firm’s board says will continue serving the book-maker for the next three months as it undergoes the leadership transition. 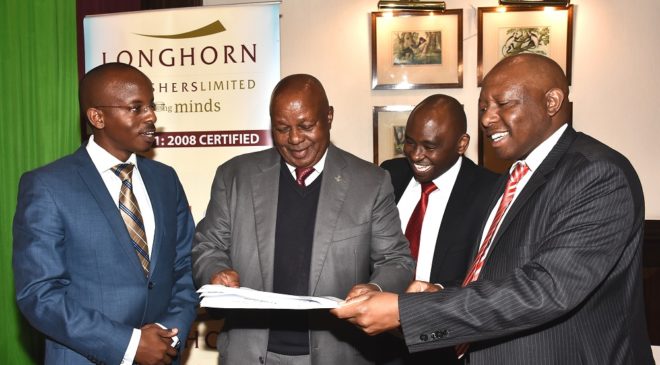 “The board takes this opportunity to thank Ngigi for his dedicated service to the group during his tenure as the Group Managing Director and wishes him well in his future endeavours,” the company said in a statement from chairman Francis Nyammo.

Mr Wahome is faced with the immediate task of rebounding the publisher from last year’s 24 per cent drop in sales that led to a dip in after-tax profits by 16 per cent in the six months to December.

Longhorn attributed the profit fall to a prolonged electioneering period and a tough economic environment.

He joined the firm in September 2016 and has been serving as the chief operations officer until last week’s appointment to head the company in an acting capacity.

Mr Wahome is a career accountant, having previously worked in the Assurance Practice of PricewaterhouseCoopers (PwC) in its Nairobi and Johannesburg offices for 11 years.

He will be in charge of Longhorn’s Kenya business as well as its subsidiaries in Uganda, Tanzania and Rwanda. In line with its Africa expansion strategy, the NSE-listed publisher has entered into strategic partnerships in Ethiopia, Senegal, the Democratic Republic of the Congo (DRC), Malawi and Zambia.