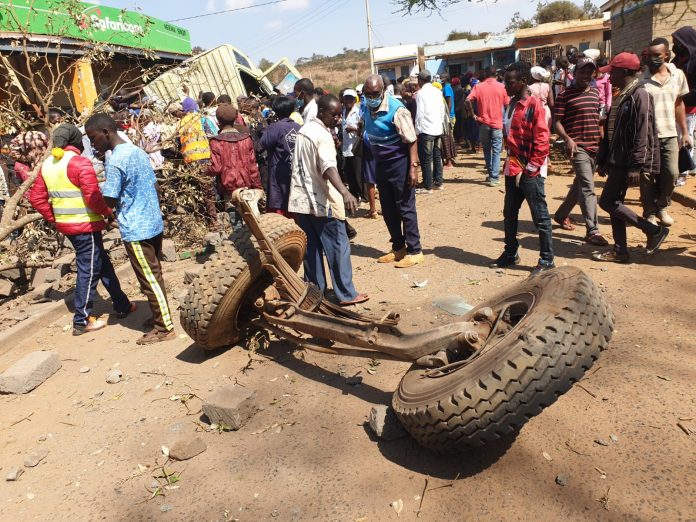 A lorry lost control and crashed into a shop In Tawa,Makueni county leaving one dead while three others sustaining injuries on Sunday.

“The lorry which was travelling from Masii in Machakos, appeared to have break failure on a slope near Tewa,”said a witness.

The driver of the lorry, his turn boy and two women who were walking were among those injured.

One of the ladies succumbed to injuries while receiving treatment at Tawa Hospital while the two others are receiving medical care at the Tawa hospital as investigations into the cause of accident continue.

WORLD GIN DAY 2021: DISHES TO SERVE WITH YOUR GIN-INFUSED COCKTAILS

Elachi runs for safety after MCAs storm office to kick her...

The Evolution of the OPPO Reno Series an outstanding display for...

Jacktone Lawi - July 6, 2019 0
The much hyped TV47 owned by businessman Simon Gicharu has re-launched into Swahili station.The station made headline a month ago when it pouched top...