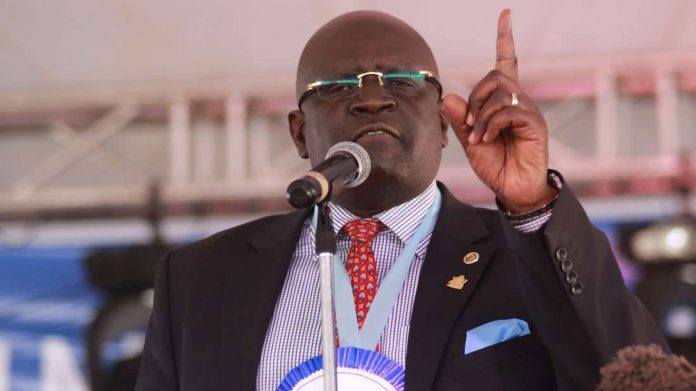 Education Cabinet Secretary Prof. George Magoha has insisted that the government will not stop the implementation of the new education system.

He described those seeking to have the new curricula halted as daydreamers, adding that the CBC is the most transformative thing he has ever seen.

According to the CS, the Competency-Based Curriculum is here to stay and it is the most transformative thing he has ever seen.

“Those saying they will stop this, you are daydreamers…We are not going to stop,” he said.

The CS further said individuals claiming that the curriculum is expensive and that teachers are not prepared for its implementation are only portraying themselves as fools.

We plan to take M-Pesa to a new level, says Safaricom...

Africa must step up to support its innovators

Sonko:We must protect devolution at all costs