Nominated Member of Parliament Maina Kamanda and his Makandara counterpart who is also ODM chairman in Nairobi George Aladwa have been tasked to lead BBI campaigns in Nairobi.

Speaking on Wednesday, Maina Kamanda said that they are aiming to campaign for the BBI to preach peace and harmony.

He said they will coordinate all the leadership of Nairobi County to ensure that Kenyans understand what the BBI document entails.

“We will traverse the whole of Nairobi County reaching out to the residents, out of 17 MPs only five have associated themselves with tangatanga and we have replaced them, “he said.

He revealed that the team will be touring constituencies every weekend.

Waweru said that the unity of Kenya is very crucial as 2022 general election nearer.

“Let us use BBI to unite Kenyans and nothing will prevent us from preaching peace and harmony, “he said. 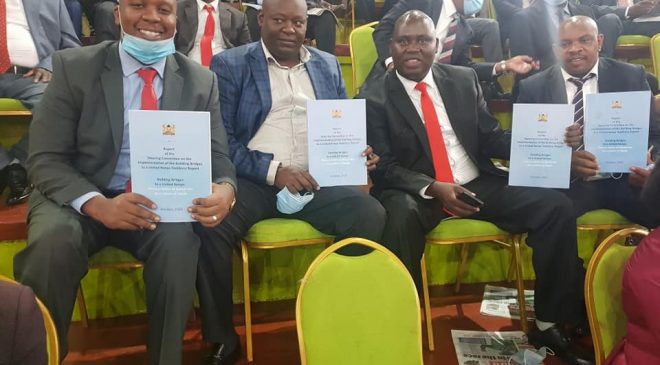 Also speaking, Nairobi Youth aspirants Chairman (lobby group) Harrison Wangoro Mwangi has called on Kenyans to support the handshake noting that it will transform the Country state of leadership.

“We have read the proposals in the BBI report and we believe that the document is good and needs to be adopted. The proposals are meant to generally empower people as the grassroots, groups like women and the youth will benefit from it,” Wangoro said.

Wangoro noted the introduction of a hybrid system of government, increase in allocation for counties from 15 to 35 per cent and youth and women empowerment would spur development. 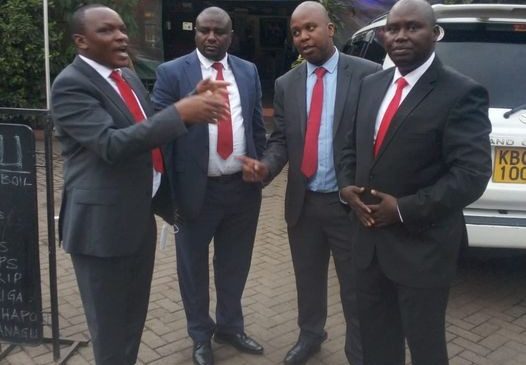 This was also confirmed by Maina Kamanda who said that there was a need to feel the gaps after a section of leaders joined tangatanga.