The trial for the control of garment maker Manchester Outfitters has taken a new twist after the High Court confiscated five books from the main witness Mr. Pravin Galot after opposing parties pointed that he was reading questions and answers prepared for him.

A bench of three judges took five spiral bound booklets from Mr Pravin Galot who is testifying in the matter pitting him and his uncle Mohan Galot over the shareholding of the company.

Mr Pravin and his uncle Mohan, a renowned billionaire businessman, are embroiled in a dispute over who is the legitimate managing director of the garment manufacturing company that was started 78 years ago.

The company is one of the first and pioneer garment makers in Kenya and Mohan is accusing his nephew Pravin of fraud by registering a parallel company with almost a similar name, Manchester Outfitters (East Africa) Ltd.

“Undeniably, a case belongs to a client and ideally there is nothing wrong with a litigant exhibiting a deep knowledge of his case including the ability to recall facts and all the documents with military precision,” the judges said.

The judges said Pravin exhibited a great mastery of the facts, the documents and unmatched ability to recall with military precision each and every volume a document if to be found, the page, page number and authors among details.

This was after advocates representing the opposing parties claimed that the answers were not coming from the witness but from a pre-typed sheet, suggesting that he was coached.

The five books were collected and handed over as evidence and the judges said they will determine the fate of the evidence, which Pravin had tendered so far at the end of the trial. The court asked parties to prepare submissions on its admissibility and the weight of the evidence.

Pravin alleges that his fathers shares were transfer to him in 1986 and the shares that are held by him were allegedly allotted for cash consideration in 1993.

Mr Mohan, on the other hand, says he only appointed Mr Pravin Galot as Managing Director in 1991 and sacked him in 2007 when him and his brother, Mr Rajesh Galot, who was never appointed as a director, allegedly registered parallel companies and swindled company funds in a bid to take over the businesses.

The hearing was pushed to September. 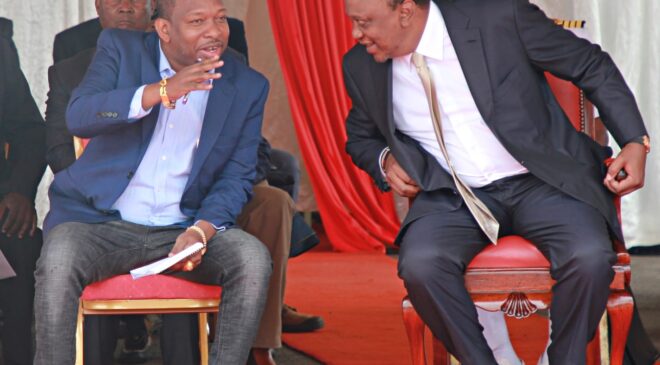