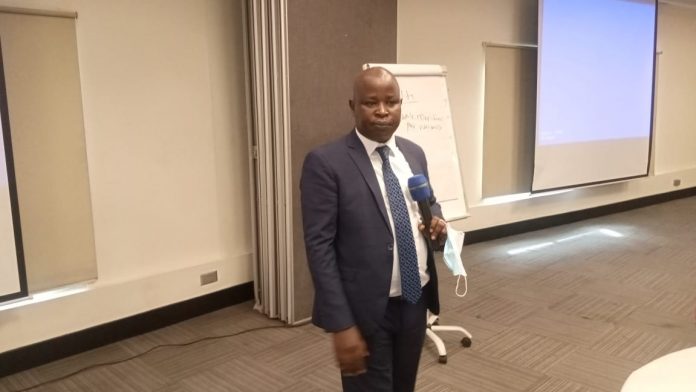 The marginalized group has today pleaded with the government for inclusion in governance and leadership of Kenya.

The caucus led by Amos Olempaka Ledaa who is the head of minority and marginalized community affairs at the office of the deputy president has urged the state to consider an institution that caters for concerns of minority and marginalized communities such as to identify, register, recognize, promote, preserve and ensure the enjoyment of rights and freedoms.

They have launched a professional group for the marginalized which seek to raise representation in both county and national government and that the obligated institutions such as IEBC and Political Parties Acts ensure that minorities and marginalized communities are factored in the party lists as by law.

Olempaka has said that individuals and institutions who fail to factor in the minorities and marginalized groups be explicitly sanctioned and the courts shall adopt the type of jurisprudence that acknowledges minority and marginalized rights are not only constitutional rights as well as human rights.

“Cognizance of the challenges we face as ethnic minorities such as: inability to fully access good health, infrastructure, employment opportunities, water among others; long awaited transitional justice because of the historical marginalization, lack of participation in making decisions that has a direct bearing on our lives and inability to raise representatives in elective positions including MCAs, members of the National Assembly and Senate because of our low populations as compared to the more populous communities within our territories. I therefore call upon establishment of an executive authority responsible for the herein mentioned ethnic groups,” said Ledaa.

He added that the parliament should enact laws as specified under Articles 27 (6), 100 and others that would enable the enjoyment of the minority communities of their rights and freedoms.

According to the chairman of the caucus Nandaini propounded that the state should put in place measures to address ethnic minority issues, such measures be allocated sufficient funding to cater for the unique needs of the ethnic minorities and marginalized communities.

He added that such other existing gaps shall need to be identified and worked upon for and in the best interest of the minority and marginalized ethnic communities.

The representative for the marginalized and minority group in Nandi County Assembly Hesbson Komen has said children of those living in Arid and Semi-Arid areas where student or pupil population are very low and yet schools are up to some tens of kilometers apart, meaning the candidates will have to spend more time and effort in travelling while for opportunities in national, regional and county schools are competitive.

“Kenya Institute of Curriculum Development recently invited curriculum developers in only 18 listed tribes. Notably, this left many minority languages mostly from the minority communities who deserve priority since they face a real threat of extinction, hence the cultural diversity,” he said.

Tech for Good meets individuals who are using technology to overcome...

Government Marks the Day of the Elderly

HENNESSY PARTNERS WITH BARTENDERS IN SUPPORT OF THE HOSPITALITY INDUSTRY

Larmy - March 8, 2021 0
As part of its commitment to support the hospitality industry, the world's leading cognac, Hennessy has once again partnered with bartenders across the globe...

Nestlé provides Nutrition Education to over 800 Students and 22 Primary schools.