This week on Marketplace Africa, CNN International discovers how a key partnership between Kenya and Japan has led to Kenya becoming one of the top ten producers of geothermal power in the world.

Nearly 50% of the total energy powering Kenya’s national electric grid is produced at the Olkaria Geothermal Field power plant. This facility is run by the Kenya Electricity Generating Company (KenGen). CNN meets Peter Ouma, the Geothermal Development Director for KenGen, who tells the programme about the power source, 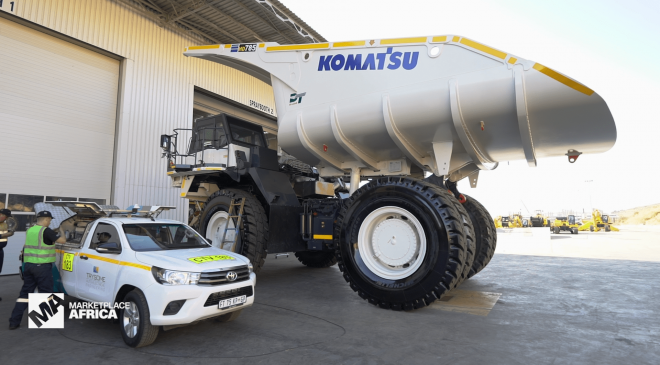 Kenya’s Rift Valley is particularly well-placed to access geothermal power because of its position around three tectonic plates. Ouma explains why the location is ideal,

“Here, the hot rock or molten magma because of tectonic volcanic activities has moved closer to the surface. So, when you drill wells into the subsurface, you get high temperature steam and water that we can use for generating electricity.”

Japan ranks tenth globally in terms of geothermal energy production, but leads the world in geothermal technology, and it is this technology that is being used to tap into Kenya’s rich source of power.

The Japan International Cooperation Agency (JICA) has provided funding for three geothermal projects in Kenya. Following the completion of the third project in July 2019, the additional power output moved Kenya into eighth place in the rankings of geothermal producing nations worldwide.

Katsutoshi Komori, the Chief Representative for JICA, talks about the company’s African developments,

“Japan has cooperated in developing geothermal energy from the 1970s. And in 2010, JICA conducted a wide survey in African countries on the potential of geothermal energy. Now we have committed $790 million US dollars for the Olkaria Geothermal Field power plant.”

Three Japanese companies – Toshiba, Mitsubishi and Fuji – produce 70% of the geothermal turbines in the world. Through JICA, the Japanese government is facilitating these companies to develop geothermal plants throughout Kenya’s Rift Valley. The workers at Olkaria have become experts in the

field of geothermal power and, with the help of their investors, they are now developing power plants in Ethiopia too.

“Geothermal has really provided an opportunity to reduce and stabilise the cost of electricity.”

So far, Kenya has developed less than 10% of its estimated 10,000-megawatt geothermal potential. It is hoped that this clean and renewable source of energy will help the country in its aim to close the 30% electrification gap.

Also on this week’s programme, CNN’s Eleni Giokis sits down with Mike Blom, the managing director of Komatsu Africa Holdings. This Japanese construction company has a long history of building mining equipment in Africa, and Blom tells Giokis that they hope to continue to grow in the future,

“Africa makes up a significant part of Komatsu’s future strategy in terms of growth, because that’s a population that is growing. Quite honestly, when you look at the opportunities that are going to present themselves going forward with infrastructure development, there is a huge opportunity going forward.”