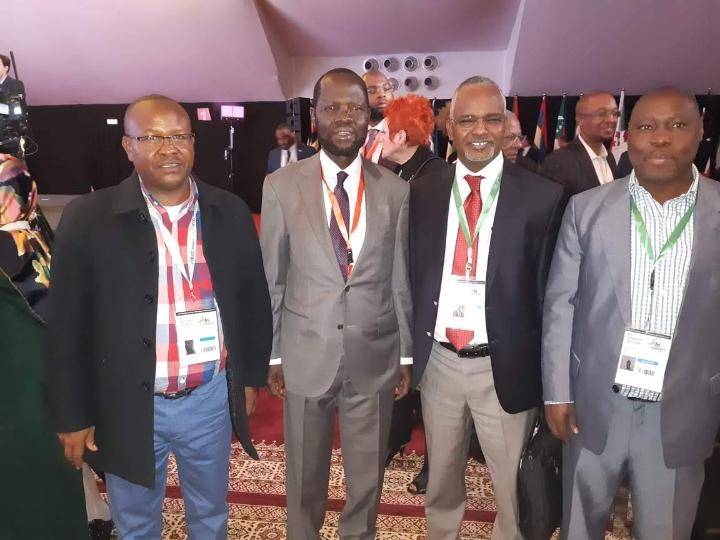 A kind Mount Kenya MCA from Muranga’s Ichagaki Ward MCA Charles Mwangi Ngan’ga has become the first MCA in Kenya to donate his full April Salary to National Emergency Response Committee in Fight Against COVID-19 across the Country.

Already the ministry of health through Cabinet Secretary Mutahi Kagwe has said that 189 Kenyans have tested positive with seven (7) fatalities and 22 having recovered fully.

During an interview with the media, Hon Mwangi said that he has written a letter to County Assembly clerk forfeiting his April salary to National task force emergency response Committee on coronavirus.

Mr Mwangi said that his gesture to forfeit his salary is meant to encourage other leaders and well-wishers across the country to follow the suit and express their gesture in the fight against the pandemic.

Apart from donating his entire April salary to the legal task force mandated by the President to spearhead the fight against the virus, it’s worthy to note that Mr Mwangi has twice sacrificed the same to filling poor Maragua loop road potholes, with quarry’s waste thus boosting Maragua economy and security while also take care of his ward candidates every time they sit for KCPE as well as KCSE.

“Not once or twice that I have given out my salary as a donation to help my people and not only to my ward by across the County, due to this COVID-19 pandemic I felt the need to help and I would like to call upon other leaders to come together and donate whatever one has to National emergency response committee help in preparation in an effort to help our people, “he said.

Mr Mwangi urged Kenyans across the country to follow the government directive that has been set to prevent the spread of the disease, addition to this he congratulated President Uhuru Kenyatta and the team of Health Ministry for their selfless effort in the fight against the disease.

“In order for Kenyans to cushion the spreading of COVID-19 to rural areas, I wish to congratulate His Excellency Uhuru Muigai Kenyatta for currently limiting movements in affected counties, lockdown ought to be paramount as migration from urban to rural areas would be migrating virus form the urban to rural and especially during this Easter festivity, “he said adding that prevention of the disease is paramount.

Mövenpick Hotel & Residences Nairobi partners with Hennessy to welcome in...