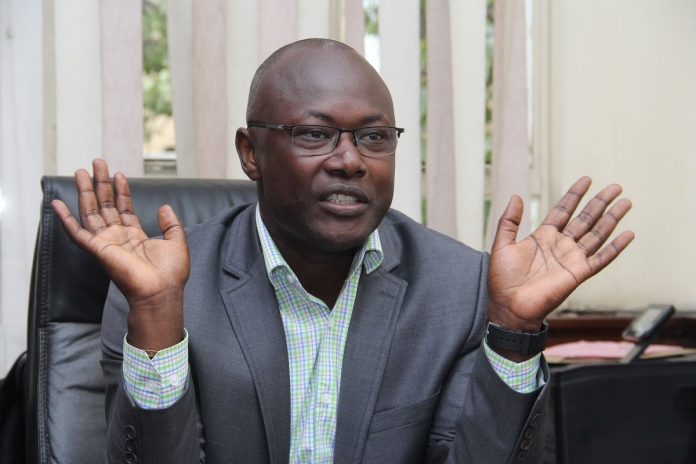 There is panic in the assembly leadership this is after Highrise MCA Kennedy Oyugi and his Waithaka counterpart Antony Kiragu succeeded in their push to have Standing Orders 20 and 21 changed blocking parties from nominating house majority and minority leaders.

The changes now awaits approval of the assembly sitting after selling through rules and procedure committee.

Waithaka MCA Antony Kiragu who is now salivating for majority leader position has made it clear to his close allies mainly Sonko allied MCAs that he will deal with Guyo squarely accusing him of engineering Sonko’s ouster.

‘‘Its notified that pursuant to Standing Order 247 the hon Antony Kiragu MCA purposes to move the following amendments to standing orders 20 of Niarobi City County Assembly Standing Orders.’’Kiragu said in a letter.

Another person on the chopping board is Makongeni MCA Peter Imwatok. Oyugi and his team now want to lodge a new attempt to ensure he is out without input of ODM.

In the last three attempt ODM party has been on Imwatok side thanks to his relationship with party hochos including ODM boss Raila Odinga.

‘‘We shall remove him in fact the entire leadership of minority and majority we are tired being dictated by political parties daily.’’ An MCA told the Assembly media.

FAMILY BANK RECORDS KSH852.1 PROFIT BEFORE TAX IN THE FIRST HALF...

Meet the Brains behind Shamba Shape up Show