Majority of Nairobi residents would vote in Chamber of Commerce boss Richard Ngatia as Governor if elections were held today.

This is according to a latest poll by Mizani Africa.

The Opinion Survey between 5th to 12th January 2022 across 17 Constituencies in the city place Ngatia on top with   29.2 percent followed by Bishop Margaret Wanjiru who garnered a support of 24.1 percent and Westlands law maker Tim Wanyonyi comes close at 19.1 percent. 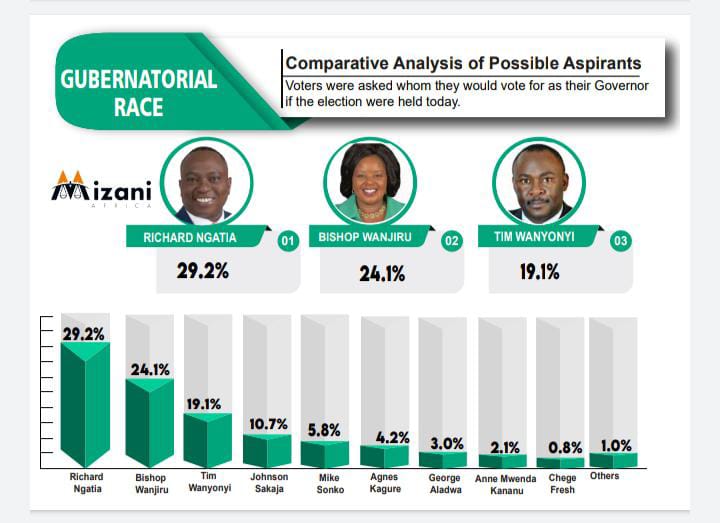 With seven months to the general election, the race for Nairobi county’s governor has started gaining momentum as Aspirants have continued to unveil their manifestos

According to Mizani they asked the voters whom they would vote for as their Governor if the elections were held today.

The results will come as a big boost to Ngatia who is yet to officially unveil his candidature for the sit.

In the Women Representative race Millicent Omanga leads with 28.1 percent, Esther Passaris is second with 22 percent and CAS for Gender Rachel Shebesh comes a distance third with 11 percent.