Mombasa is Kenya’s global gateway and plays an important role as the logistics and economic hub for East Africa. With its strategic location, the port and its infrastructure projects are attracting a lot of international investment.

One infrastructure development is the Japanese-funded port road and bridge project. The first phase opened in June 2018, and truck driver Swaleh Salim talks about the improvements it has made, 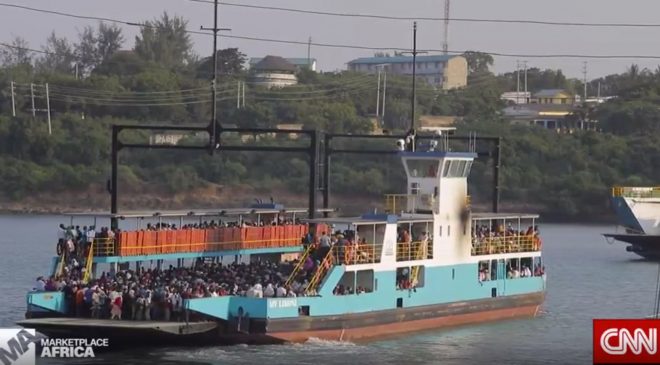 The project is a costly and ambitious endeavor that will be constructed in three phases, with the finished product stretching 25 kilometers.

Peter Mundinia, Director General of the Kenya National, Highways Authority (KeNHA) explained to CNN Marketplace Africa program why the construction is so vital,

“In Kenya and East African region, all the way to Central Africa they rely on the Mombasa Port and as such then it is important for the Mombasa, the transport system to be efficient”.

The Japanese International Cooperation Agency (JICA) is funding the construction and has also agreed to fund the upcoming design of the new Mombasa Gate Bridge, rerouting the 300,000 people and 6,000 vehicles currently crossing the Likoni Channel by ferry each day.

JICA executive Katsutoshi Komori speaks about why there has been so much Japanese investment in Kenya,

“Africa is drawing expectations and attention from the international community because its the biggest frontier of the 21st century Africa embraces a population of more than 1.2 billion. it has huge market potential.”

KeNHA says that the completion of phase 1 has already reduced transit time from Mombasa to Uganda from two weeks down to five days. 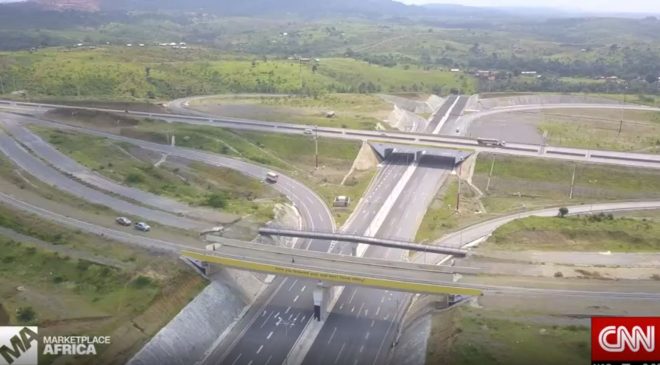 The project has improved operations at the port by reducing congestion and the turnaround time it takes to move goods into and out of the port. Mundinia explains how it will also positively impact the country’s economy,

“The government has been desiring to grow the economy by 10%. So far, we are at 5.6 and we know if we are to continually make sure that the transport system through roads is efficient, it is going to contribute towards that growth.”