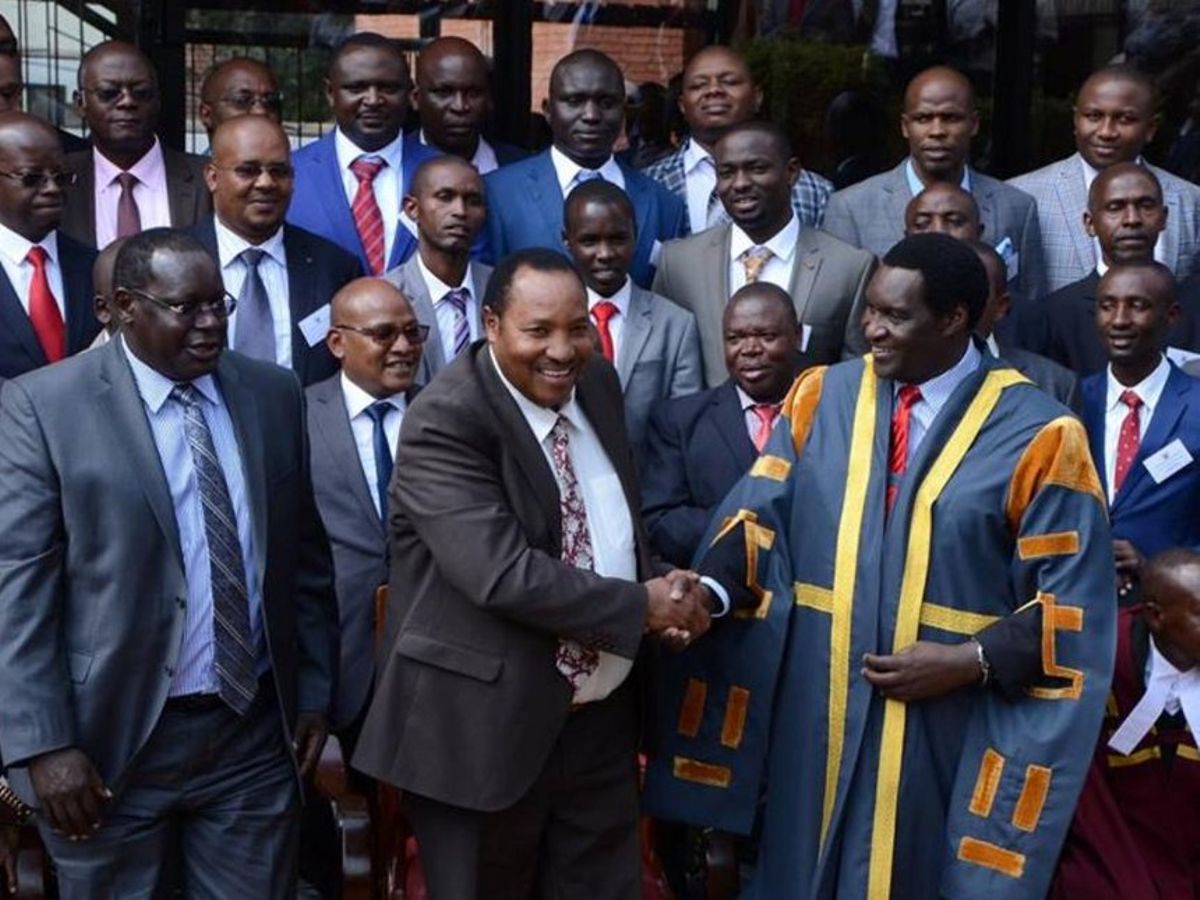 Former Kiambu governor Ferdinand Ndung’u Waititu has claimed that his friend turn foe Stephen Ndichu who is County Speaker betrayed him during his impeachment period.

Waititu said that top officials in the County plotted his impeachment despite him being elected by the Kiambu electorates in Kiambu County.

“Stephen Ndichu who is County speaker is very evil, he worked in cohort with my enemies to impeach me there was no quorum in the County assembly but he initiated impeachment,” Waititu said.

While also speaking at Kameme Fm yesterday, Waititu said that he helped Ndichu to get a job at the County assembly but he later betrayed him during the impeachment.

“Mimi nikiitishwa shetani nitapeleka Ndichu (If someone happens to request me to show them the devil, I will take them to Ndichu), “Waititu said.

Waititu was impeached after being accused of gross misconduct among them misappropriation of County resources.

The majority of the Senators voted for the motion seeking to validate his impeachment by the Kiambu County Assembly, despite concerns on whether it met the legal threshold from a section of legislators.

Waititu was facing three charges among them a gross violation of the constitution, abuse of office, and crime under the national law.

He was replaced by James Nyoro who was his deputy from 2017. The two had fell apart with Nyoro terming Waititu as a dictator.

He has remained silent over 2022 political ambitions

Naivas Partners with Jumia to Offer a Better Shopping Experience

KRA gets nod from High Court on taxable income powers

Peter Tabichi : A Franciscan brother who gives away 80% of...

Elves Kimutai - March 4, 2020 0
A new strategic partnership has been entered into under which Octagon Africa will serve Alexander Forbes multinational clients with a presence in Kenya.  This strategic...