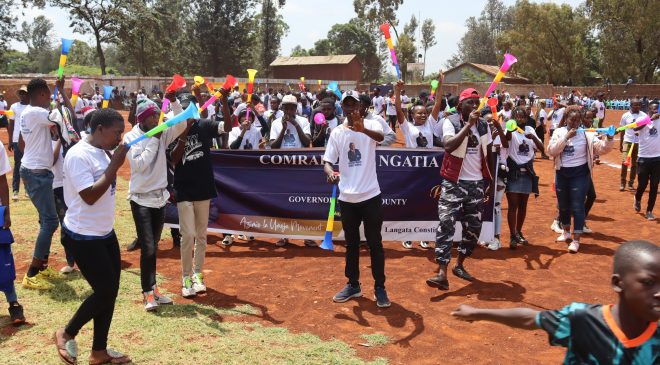 In an attempt to charm voters, Ngatia pledged to turn around the economy of the county to ensure a decent lifestyle for all.

He maintained  that’s he intends to bring the expertise he has gained from his international interactions into the management of Nairobi county to ensure that Nairobi achieves a third wave in commercial development. 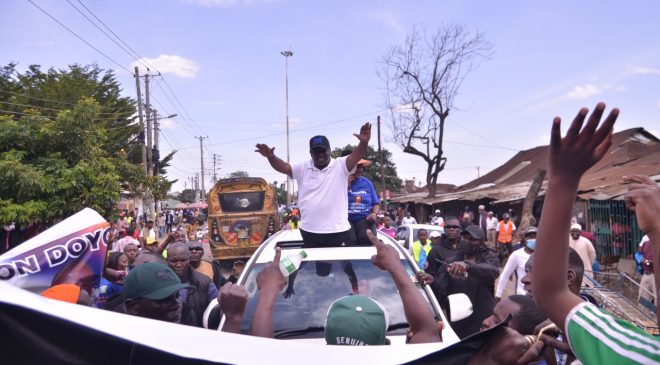 The Kenya National Chamber of Commerce and Industry president challenged the electorates not to elect leaders who lack vision and whose priority is in their own interests.

Ngatia was headed to Ziwani for the Koth Biro tournent that he’s is one of the sponsors accompanied by Senator Beatrice Kwamboka and MP Maina Kamanda said his competitors had resorted to tarnishing his name after sensing defeat. The meeting however ended prematurely after rowdy youth disrupted the meeting.

He is set to officially launch his bid this month at the Nyayo stadium.

“I have been meeting various groups daily because I want to listen to all the issues Nairobi residents have before officially launching my bid and manifesto,” he said. 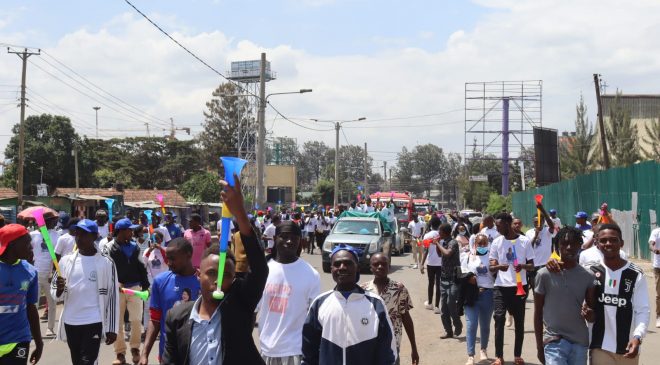 Businesswoman Kagure launched her bid on January 7, 2022, at the Kasarani indoor arena, where she also unveiled her five-point agenda that she believes will transform the city.