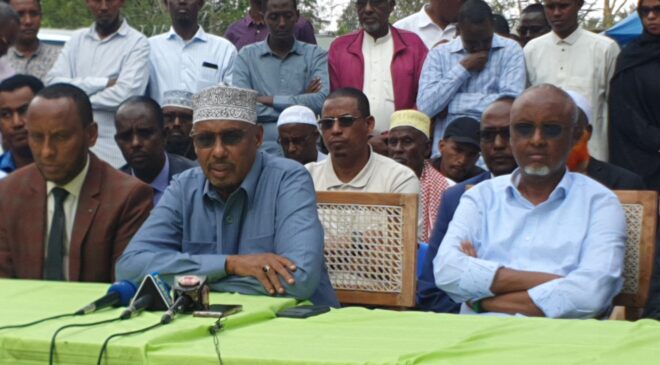 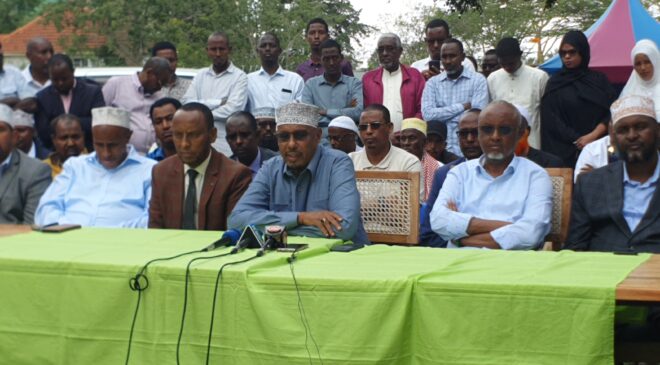 Mr. Feisal said that the jubilee party claimed to work through negotiation in selecting aspirants. This is where the party introduced consensus instead of nomination.

” I have no idea how the candidacy for Northern Kenya was given. Me and my people need answers.” Stated Mr Feisal as he briefed the press today in Nairobi.

“We were supposed to have a meeting with the Jubilee party leaders but as of yet, there is no action taken.” he added.

The jubilee party issued direct ticket to the former CS.

“Kanini Kega issued the certificate in his private office. How is this acceptable?” Mr Feisal further stated “We will not take this lowly and we will get a way forward. The issued ticket is against the will of the people of Mandera and we will get to the root of all this.”

The mandera aspirants expected the Jubilee party to follow the law.