Betting firms have been on the spot in the recent months after Government crackdown led by Interior CS Fred Matiang’i over tax compliance.

Matiang’i had announced that they would do security vetting on their operations and directors in Kenya before renewing the licenses of the betting firms.

On April, Matiang’i vowed to introduce tough measures to regulate the betting sector, which he accused of leading youth astray. 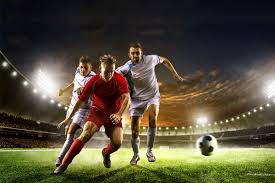 The CS gave all firms three months up to July 1 to seek fresh renewal of licenses upon proving tax compliance.

Following the deadline, the State shutdown the pay bills of the betting firms in radical measures to ensure toe the line to the new regulations.

Despite the companies moving to court and public outcry even including some leaders, only licenses of about 10 companies were renewed which were deemed to be tax compliant by Kenya Revenue Authority (KRA).