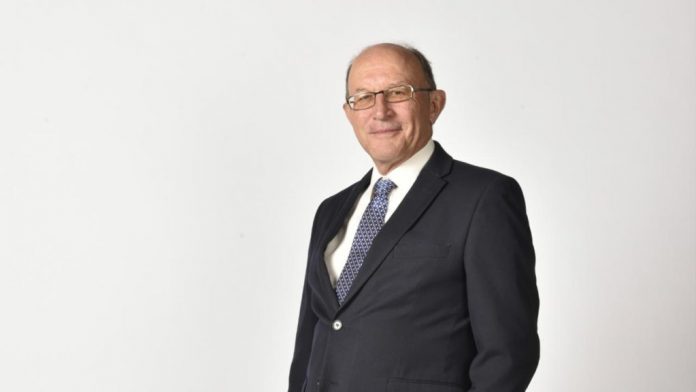 Shah is the founder of the bank and has served as its chairman since 1974.

A statement from the bank said Shah will continue to remain on the Board as a Non-Executive Director.

Founder and Chair since its inception in 1974, SBR Shah, a seasoned career banker has led the Financial Services provider through its myriad of milestones such as acquisitions: of Biashara Bank, Giro Bank, and Youjays Insurance Limited in Kenya.

He also oversaw the development of the Bank into a Financial Services Group that provides diverse solutions such as Real-estate, Financial Advisory and Bancassurance.

In addition, Shah has driven the steady growth of I&M Bank’s asset base to its current Kshs. 305.08 billion.

During this tenure, the Bank has moved from a tier 3 Bank to a tier 1 Bank, has become one of the top profitable banks in the country and has received various awards including: Most Efficient Bank and Best Bank in Internet Banking at the Think Business Banking Awards for several years, as well as the Best Bank in Corporate Governance in East Africa at the annual Banker Africa Awards.

Over the years, I&M Bank Limited, through his stewardship, has focused on a relationship based approach to banking, helping nurture relationships with some of Kenya’s fastest-growing corporate organisations. The Bank has over the years also diversified to other segments being a key financial services provider for Premium, Young Professionals and SME clients.

Simultaneous with its network of 40 branches countrywide, the Bank has successfully integrated a formidable suite of alternate banking channel platforms and e-commerce and Card products anchored on its robust Information Technology systems to deliver demand-driven digital banking solutions.

The Bank has over the years continued to remain visible in its shared growth agenda through his leadership and has recently set up the I&M Foundation, to promote strategically best practices in sustainable finance.

Mr. SBR Shah has achieved various accolades key among them being the Moran of the Order of the Burning Spear (MBS) awarded by the former President Daniel Arap Moi, for his valued contribution in the Kenyan banking sector and the business community.

Commenting on his retirement, SBR Shah noted, “I take this opportunity to share my gratitude with the Board, Management and staff of I&M Bank for their support in building a solid financial institution that has contributed in shaping the livelihoods of citizens in this country over the years. I take this opportunity to welcome Mr. Oliver Fowler on board and acknowledge his contribution as a Director on the I&M Holdings PLC Board over the years.”

“I have full confidence that he will take the Bank’s vision forward and trust that the Board will continue to provide him will all the necessary support as they have provided to me.” Mr. Shah concluded

Mr Fowler, who has been on the I&M Holdings PLC Board since August 2015, will take up the mantle and continue to lead strategic direction for the I&M Bank. He is a qualified Kenyan Advocate and an English Solicitor. He is a consultant at Kaplan & Stratton, Advocates where he was a partner and head of Commercial Department for many years.

Fowler holds an LLB from University of Bristol and was admitted to the Kenyan High Court in 1979. Additionally, he sits on boards of several companies.

This appointment, is also part of a strategic effort by the I&M Group to accelerate I&M Bank Limited’s drive to become Kenya’s leading financial partner for growth through its strategic initiatives such as: driving business growth, building a resilient organization, optimising processes to improve efficiency and leveraging the I&M Group’s synergies.
Speaking on the occasion of acceptance of his appointment, Fowler paid a glowing tribute to Mr. SBR Shah, for his outstanding and long service to I&M Bank.

Startimes to air Euros on all its Platforms

Jacktone Lawi - December 18, 2019 0
Mövenpick Hotel & Residences Nairobi marked the beginning of the Christmas Season by setting up a recycled Christmas Tree at the Lobby.The tree by...

What to consider before investing in any rental property