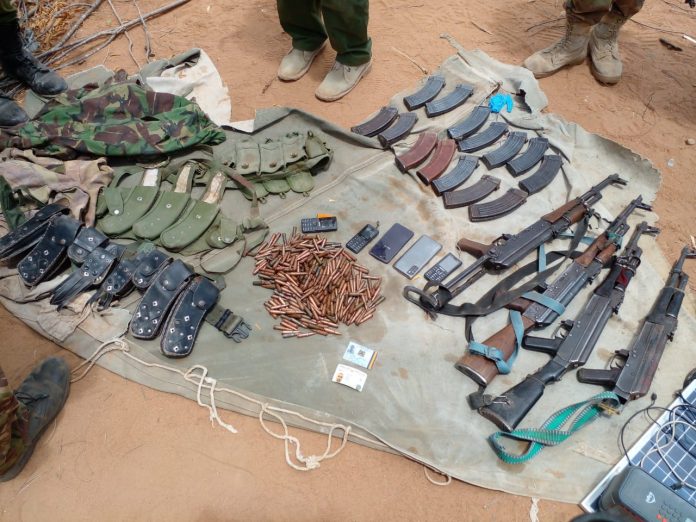 Police officers have recovered an assortment of Guns and ammunition following a shootout with armed bandits in Wajir.

According to a statement from police, two bandits were fatally injured after they refused to surrender to the officers who were on normal Patrol.

“Police came across heavily armed bandits whereby they challenged them to surrender but they defied the order that when shootout ensued and two bandits were fatally injured,” read an OB from Police.

One of the bandits was identified as Noor from Daadab Division while the other was unidentified.

They managed to recover firearms and ammunitions from them. 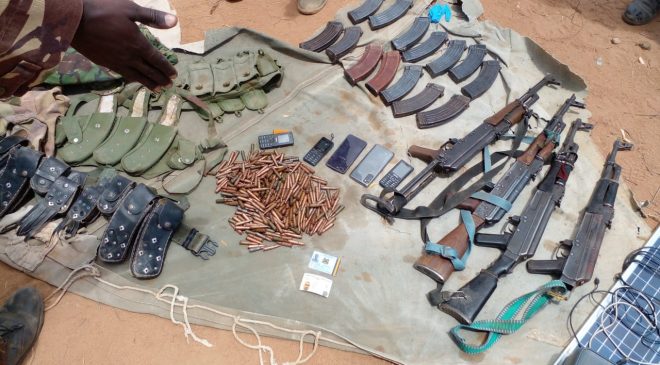 The Ammunitions were dispensed by the police officers.