The Association of Professional Societies in East Africa (APSEA) has began reviewing the codes of conduct of member associations in a bid to harmonise the local standards with international levels.

In the new move the umbrella body that brings together professional societies of diverse disciplines, will evaluate the code of conduct, membership for the various professional bodies, licencing and the education levels that should be met before one becomes a member of a professional body.

After which members will have to undergo annual Continuous Professional Development (CPD) courses in their areas of speciality. 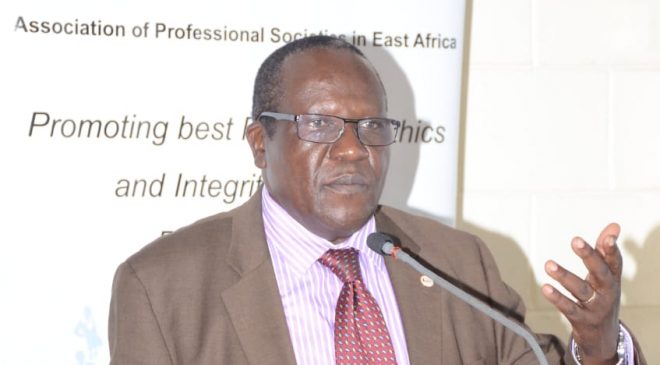 “In the next two months we are having only five institutions whose conducts are going to be reviewed and harmonised with the Kenyan Constitution, after that another five and another five,” said Felix Owaga the chairman APSEA

“Should you do anything wrong it’s your institution that knows you’ve done something wrong and can punish you. If an institution fails to adhere to our regulations they will not be our members”

The chairperson was speaking at the side-lines of a meeting that brought together all the 28 professional under APSEA.