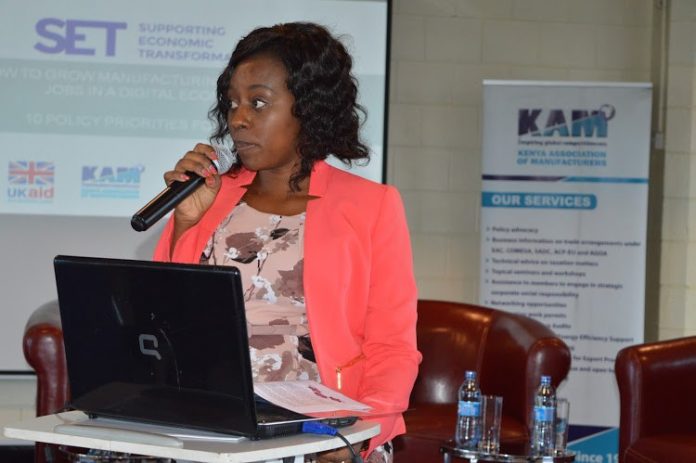 The Africa Continental Free Trade Area Agreement is meant to create a borderless market for over 1.2 billion people, devoid of trade barriers and restrictive tariffs.

Protectionism is the major hindrance in the implementation of the Africa Continental Free Trade Area Agreement(AfCFTA), according to Kenyan manufactures.

They are equally seeking conclusion of the ‘rules of origin’ negotiations for key tariff lines such as edible oils, dairy, textile and apparels, motor vehicles, machinery and domestic appliances, and finalization of tariff negotiations.

Despite Kenya being among the 36 countries that have ratified the agreement as at February 5, 2021, actual trading under preferential terms is yet to take place for Kenyan businesses.

The Kenya Association of Manufacturers (KAM) has noted that tariff liberalization in other trade agreements within the continent have given rise to protectionist measures in the form of non-tariff barriers, which have the effect of dampening intra-regional trade.

The country’s manufacturing sector also points out the underdeveloped transport and logistics system across the continent, with some countries having almost no roads, air or railway systems.

“It is our hope that in the current framework, there will be robust mechanisms to deter the increase in non-tariff barriers that have largely contributed to the low levels of intra-African trade,” said Kenya Association of Manufacturers CEO Phyllis Wakiaga.

In Kenya, there are concerns over the cost of doing business which is said to be “relatively high” compared to peer member countries in the AfCFTA, making local products uncompetitive.

“This needs to be improved through elimination of multiple taxations and lowering of transactions costs, so as to create more jobs and a good business environment,” KAM CEO Phyllis Wakiaga said.

The AfCFTA which came into effect on January 1, this year, is meant to create a borderless market for over 1.2 billion people, devoid of trade barriers and restrictive tariffs.

There is also non-uniform order clearance logistics across the continent, and unfamiliar customs and administrative procedures and transit policies of goods across different Regional Economic Communities (RECs), among countries with no functional trade arrangements.

“It is our hope that in the current framework, there will be robust mechanisms to deter the increase in non-tariff barriers that have largely contributed to the low levels of intra-African trade,” said Wakiaga.

State parties also need to resist the temptation to impose other protectionist measures at the expense of a well-developed African regional value chain, KAM told the Star.

The association has called on the African Union and AfCFTA to continue lobbying countries to ratify the agreement, in order to have more countries operating under a liberalized trade regime.

It is critical that the AfCFTA Secretariat shares with stakeholders, the customs procedures required for trading under the new trade regime, it adds.

These include documents such as the certificate of origin for goods, suppliers declarations, authorised signatures and stamp impressions required by state parties.

They also include those that do not belong to any customs union such as Malawi, Madagascar, Mauritius, Seychelles, Egypt, Sao Tome and Principe, Democratic Republic of Congo, South Sudan, Zambia and South Africa.

However, most have not passed the validation criteria of their tariff offers issued by AU. 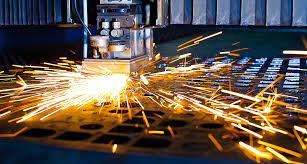 Kenyan manufacturers who are eying the continental market are pushing for the uploading of the Africa Trade Observatory Portal that contains information for traders within AfCFTA, and sensitization of businesses on how the platform works.

They also want the setting up of a Pan African Payment and Settlement System finalised, to enable companies to receive payments in their local currency.

To ensure effective implementation of AfCFTA, the Secretariat needs to continuously monitor, and track progress made by state parties in fulfilling the requirements to trade under the agreement, according to KAM.

The AfCFTA will enhance regional value chains for manufacturers since the Rules of Origin will encourage sourcing of raw materials from within Africa, It notes.

Manufacturers will also have an opportunity to trade with countries with whom they do not have bilateral trade agreements with, and enjoy economies of scale and cheaper raw materials from state parties.

Additionally, it will help Kenya diversify its export market, by venturing into non-traditional markets such as West and North Africa.

“The boost in intra-Africa trade will create more jobs and enhance skills transfer, due to the liberalized movement of suppliers of goods and services. AfCFTA has the potential to improve the country’s GDP and by so doing, increase the country’s aggregate demand,” said Wakiaga.

Elves Kimutai - April 29, 2021 0
TECNO will explore the history, rising and story behind selfie by a documentary during the launch event, tracing the selfie phenomenon and its impact...